The member of the Soo Greyhounds played some of his minor hockey in Kitchener
Mar 5, 2021 1:30 PM By: Zaafina Naqvi 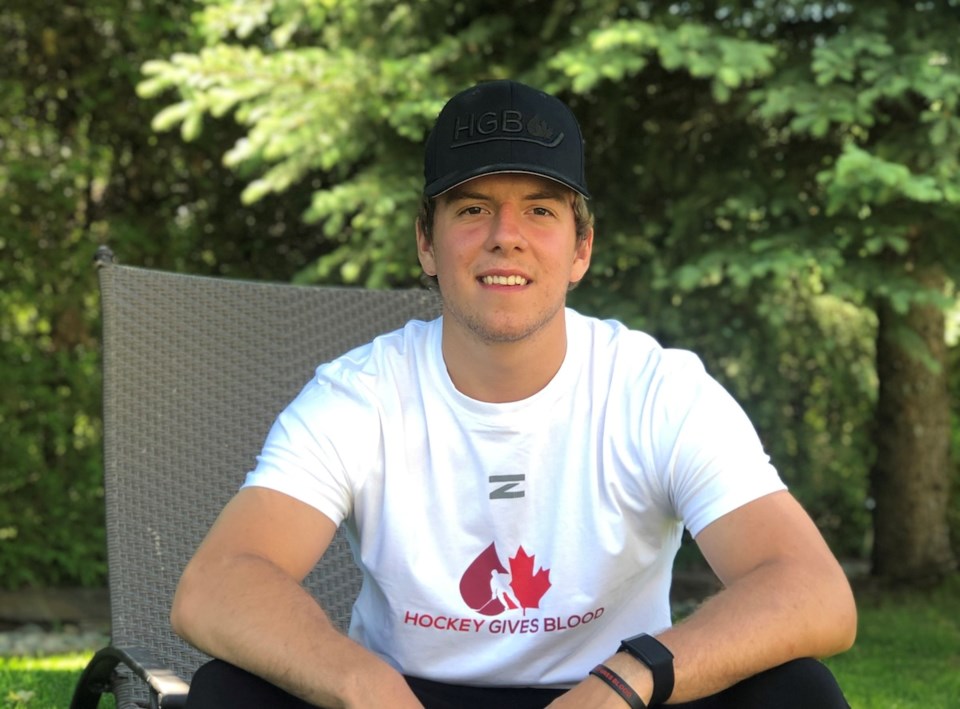 Cole MacKay of the Soo Greyhounds has been a Hockey Gives Blood ambassador for over a year.Photo supplied

Canada Life, a Canadian insurance, wealth management and benefits provider has teamed up with Canadian Blood Services to support their #BeAHero campaign, encouraging Canadians to 'be a hero’ and join the stem cell registry.

Nineteen-year-old Cole MacKay of the Soo Greyhounds has been a Hockey Gives Blood player ambassador for over a year now and wants to spread the word about the significance of being a stem cell donor.

Hockey Gives Blood is a non-profit society that was founded in 2018 in response to the Humboldt Broncos tragedy. Their hope is to engage and inform others about the importance of blood and stem cell donation.

“The goal of the #BeAHero campaign is to get the awareness out there about the importance of stem cell transplants and how many people can be helped because of them. We’re trying to gain the interest of Canadians to join and be a hero for someone else,” MacKay told SooToday.

MacKay chose to get involved in the cause after being referred by a friend.

“I have a friend that I played hockey with, Cole Schwindt, who is an ambassador as well and when he got involved, he mentioned it to me and I thought it was something that was easy to get behind and believe in,” MacKay said. “I’m sure a lot of people have seen it firsthand – a friend or family member in the hospital and in need of a blood or stem cell transplant. I just wanted to get involved in any way that I could. Being an ambassador was a good way to spread the word and maybe reach some people in the Sault. As a hockey player, you’re kind of a role model within your city, so it’s important for me to get the word out there and let people know how much it’s really needed.”

Currently, there are over 800 Canadian patients that need a stem cell match. 75 per cent of patients in Canada rely on a stem cell match from an unrelated donor to save their life, and because of COVID-19, recruitment of stem cell donors has dropped by 70 per cent.

There's also a need for donors from diverse backgrounds, as patients are more likely to find a match with a donor who shares their ethnic background.

“I hope to continue to see more growth in the amount of people that are signing up for the stem cell registry. I just did it myself recently. It’s a super easy process and we’d love to see more people get involved,” MacKay said.

“I’ve learned so much since becoming an ambassador and I’ve given blood a few times now. Most people don’t know how many people are in need of this and it’s such an easy thing to do that can help save or change a person’s life. That’s why it’s important to me,” he said.

For every new registrant who completes and returns their swab kits before March 31, Canada Life will donate $10 to Canadian Blood Services to help more patients find their match.

- from our affiliate site SooToday

About the Author: Zaafina Naqvi

Zaafina Naqvi is a writer and editor at SooToday
Read more