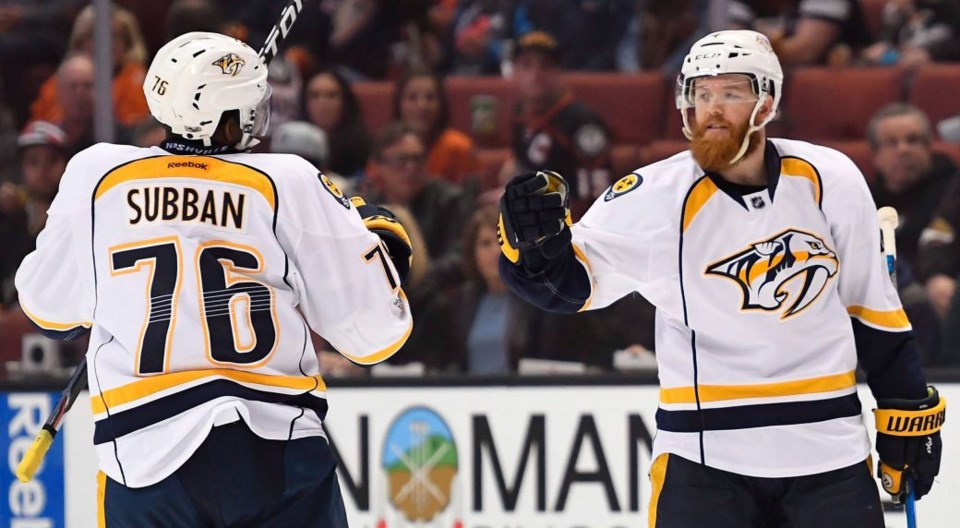 The Nashville Predators have signed defenceman Ryan Ellis to an eight-year contract extension.

The deal is worth $50 million and his new $6.25-million salary cap hit will kick in at beginning of the 2019-20 campaign. He has one year remaining on his current deal, so his cap hit for the upcoming season is a team friendly $2.5 million.

The 27-year-old is an integral member of the staunch Predators blue line that also boasts P.K. Subban, Roman Josi and Mattias Ekholm.

Ellis missed the start of 2017-18 as he recovered from off-season knee surgery but managed nine goals and a career-high 23 assists in the 44 regular-season games he did suit up for.

He grew up in Freelton and played minor hockey in Cambridge.

with files from Sportsnet