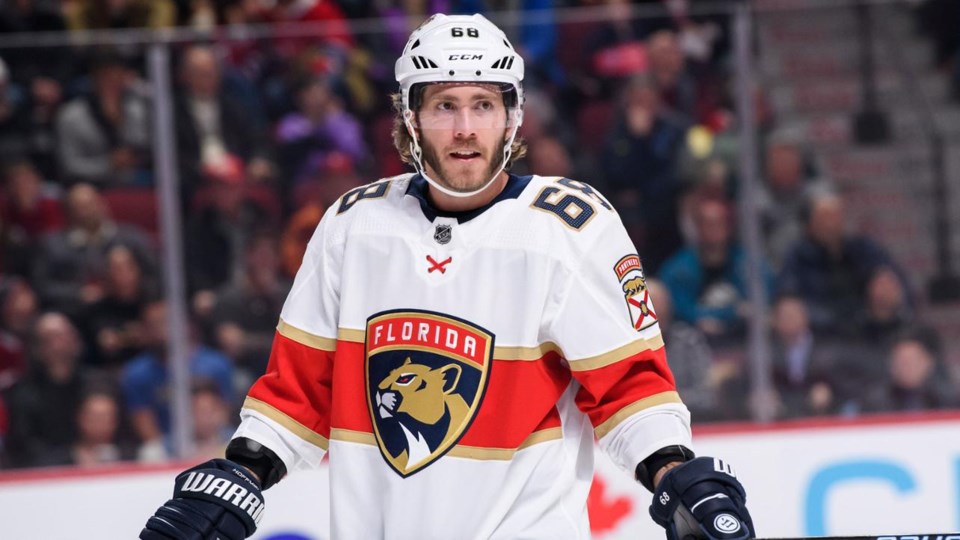 The St. Louis Blues have signed forward Mike Hoffman to a professional tryout contract, the team announced on Sunday.

Hoffman, 30, will join the Blues for training camp when it gets underway on Jan. 3.

Widely considered the top remaining unrestricted free agent, Hoffman joins a Blues team that currently projects to have no salary cap space available, according to CapFriendly.

That should change though, as Sportsnet's Elliotte Friedman points out, because both Vladimir Tarasenko and Alexander Steen (combined cap hit of $13.25 million) are expected to begin the season on long-term injured reserve — which will free up some room, presumably to be used for Hoffman.

The Kitchener native has netted 25-plus goals in five of the past six seasons, including a career-high 36 in 2018-19. Last season, his second with the Florida Panthers, he collected 29 goals and 59 points in 69 games — posting a 0.86 points per game clip, the best of his career.

The Blues won the Central division last year, but fell to the Canucks in the first round of the playoffs. They will begin their season on Jan. 13 against the Avalanche.