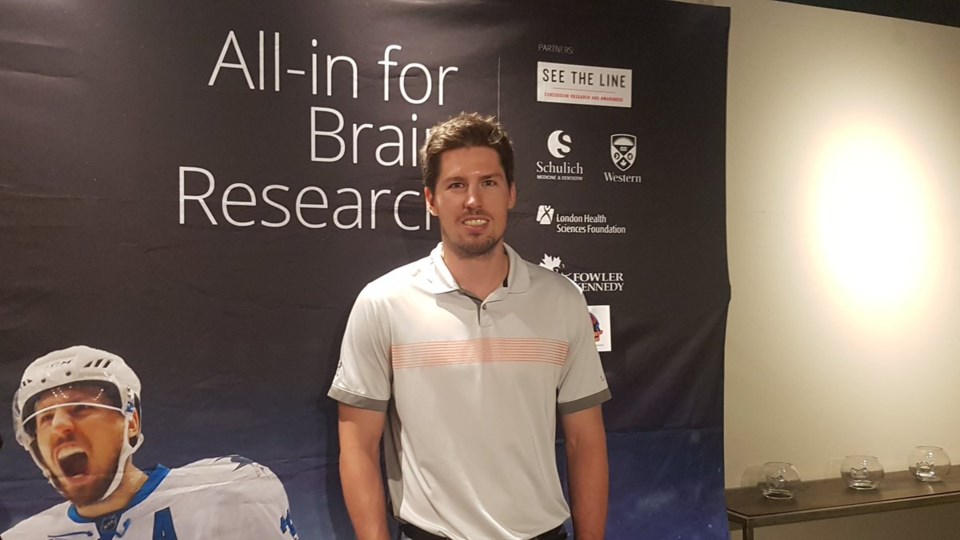 Logan Couture announces he is hosting the "All-in for Brain Research" charity casino at Centre in the Square in August. Photo by Mark Pare, 570 NEWS.

It will be a night to rub elbows with NHL stars and support a great cause in Waterloo Region.

It's a black tie optional event with all the proceeds to benefit Get Your Head in the Game, a local concussion education and awareness program in Waterloo Region.

Couture says it's an issue that hits close to home.

"I think you'd be hard pressed to find an athlete that hasn't had some type of injury to the head in their career," says Couture. "I've missed some time with head injuries and I've had teammates that have missed some time - it's tough to go through."

Many celebrities from the sports world will be in attendance, including Couture's coach from the Sharks, and former Kitchener Rangers coach Pete DeBoer.

"I've been in enough basement poker games around Kitchener-Waterloo in my time here that I know people around here like card games so I'm excited for the night," says DeBoer. "I think it's going to be great."

He adds the night is going to support an important cause and he's happy to be part of it.

"I was telling him (Couture) what a great community this is to bring this to because my time in Kitchener - they did nothing but support everything that was charitable or had to do with hockey, beyond any town I've ever worked in or been in."

You can head to Couture39.com for more information on tickets.