Constable Norm DeBoer is being recognized for his involvement in the Daniel P. Reeve case
Jul 11, 2019 3:47 PM By: KitchenerToday Staff 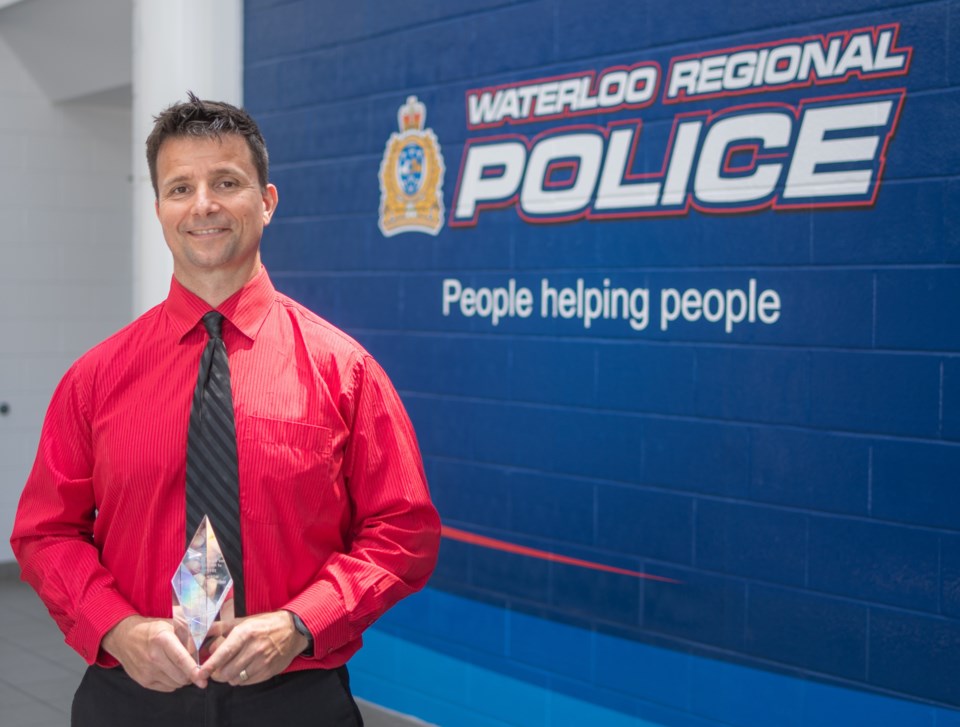 Photo from the Waterloo Regional Police.

DeBoer received the Certified Fraud Examiner of the Year for demonstrating outstanding achievement in the field of fraud investigation.

"I was honoured to receive the award and thankful for all the investigators and people who helped along the way, ensuring justice was served." says DeBoer.

Several years ago,  DeBoer was a part of an investigation team looking into a scam that stole around $30 million from 145 men and women.

While it was a complex case, DeBoer says that his focus on the victims kept him going.

"The entire time, it was about them." says DeBoer.

Reeve then received a maxim sentence of 14 years in prison, the toughest sentence to ever be given for a fraud case nationwide.

The Waterloo Region Police says they thank Constable DoBoer and all the members in the Fraud unit who assisted, for their work in the investigation.