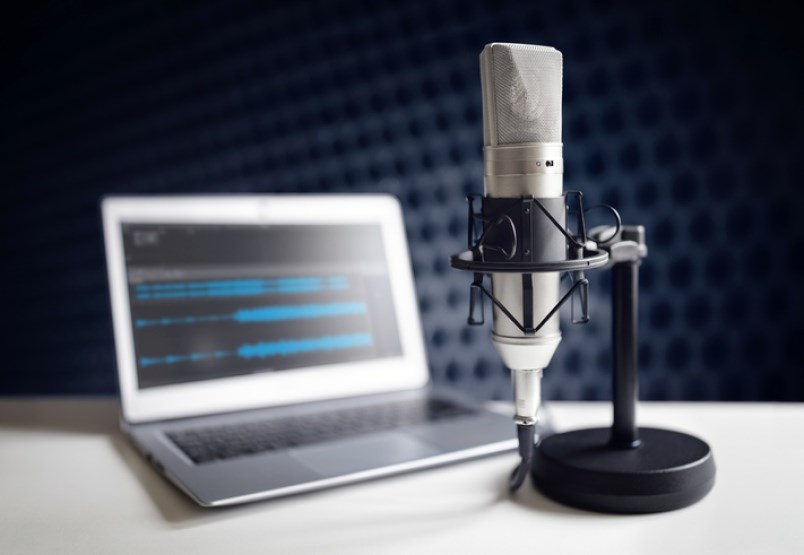 A laptop and microphone set up to do a podcast. Stock photo.

Wilfrid Laurier University (WLU) has announced they are developing a new podcast for Canadian researchers.

Created in partnership with the School of Publishing at Simon Fraser University (SFU), the new medium, called Amplify, will be the first podcast network of its kind within North America, with plans to launch three podcast series in 2023.

“Our goal is to foster widespread support for podcasting as a meaningful form of new scholarship,” said Siobhan McMenemy, senior editor at WLU Press and co-director of the Amplify project, in a release from Laurier.

“My research partners and I want to support leading and emerging academic voices in podcasting with an editorial, production and dissemination process as rigorous and broad in scope as scholarly publishers provide for their authors’ books.”

According to the release, many scholars are turning towards podcasting as a way to share their findings to a broader audience. It's an accessible format that will allow researchers to produce, share and preserve their work.

Besides creating an accessible space for research, McMenemy and co-project director from SFU, Hannah Mcregor, are also working on a new peer review format for the network. The base of the format comes from a previous podcast research project by McMenemy called 'Secret Feminist Agenda.'

“The editorial process we developed offers a valuable level of transparency for producers and audiences,” said McMenemy in the release. “Hannah and I wanted to challenge the convention of anonymity in scholarly peer review and experiment with its form in ways that reflect the spirit of podcasting.”

When it comes to the future of scholarly publishing, McMenemy says partnering with Laurier to produce this network was a good decision.

“Partnering with Wilfrid Laurier University Press, with its demonstrated commitment to reimagining scholarship and expertise in developing, peer reviewing and building audiences for that work, is an incredible opportunity to create new space in the world of scholarly communication for innovative forms and ideas like scholarly podcasting,” said McGregor in the release.

“I am convinced that these kinds of collaborations are key to making a meaningful difference in the future of scholarly publishing in Canada.”

Amplify has been made possible by a $175,000 grant from the Social Sciences and Humanities Research Council (SSHRC), and through additional partnerships with the WLU Library, the SFU Digital Humanities Innovation Lab and the Documentary Media Society.