Strickland says conversation around the regional police budget only the beginning of broader community discussion
Jan 20, 2021 5:59 AM By: Luke Schulz 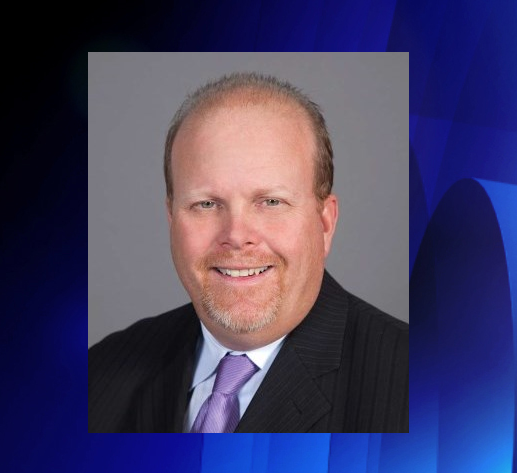 After months of budget consultations and meetings amid an ongoing pandemic, budget day has finally come to the Region of Waterloo. With multiple public sessions and an additional public session scheduled specifically for the police budget, Regional Councillor Sean Strickland said council had seen a “tremendous” amount of interest and community concern compared to budgets in the past. With residents engaging council through the Engage WR portal, sending emails and forming delegations, Strickland said that now is the time for council to make their decision.

“We’ve heard, we’ve listened – and now we’re going to make a decision based on all that community input, based on our own values and what we believe is in the best interest of the region… and by the end of the day, pass a budget.”

A hotly contested issue in the region, Strickland said he recognizes that there are several changes that need to happen with respect to policing and across the nation – as he adds that Waterloo’s police chief Bryan Larkin has been receptive to those types of discussion. The Police Services Board has passed a budget that would mean a zero-point-five per cent increase on the regional levy, with an increase in spending of around $5 million dollars for our regional police.

“Regardless of what happens at the committee and whether we approve that police request or not, this is the beginning of an ongoing discussion and dialogue,” said Strickland. “Whatever happens during budget day is the beginning of a much more broad and detailed community conversation on what policing is going to look like in Waterloo Region in the future.”

Speaking to the conversations around the 2021 police budget, Strickland said the municipal act and police services act are restrictive in what council can or cannot do during deliberations. Regional council can either approve or deny the budget’s bottom line, barred from selecting specific line items for discussion. Should either the Region’s Police Services Board or Regional Council choose, the budget can be sent to a provincial tribunal to arbitrate the final number, though Strickland said that decision has never been made locally.

“This year, there may be a possibility that happens – I don’t think so… but our options are pretty limited under the Police Services Act and the Municipal Act as to what we can and cannot do,” said Strickland. “It’s pretty black and white – either we approve it, or we send it back.”

Strickland said there’s likely a broader understanding as to that sort of restriction among the public than what may have existed previously, though he also said there’s probably a good argument that regional council needs to be afforded more flexibility in negotiating around the regional police budget. With that budget funded “almost entirely” from the regional tax base, Strickland said he feels it’s probably fair to say regional councils who fund police budges should have more of a say in how that money’s spent.

“How much more of a say? I don’t think you want to see a situation where councillors get into the nitty-gritty of policing, how many police we need, deployment of police and all those kinds of operational questions,” said Strickland. “Maybe there’s five percent, for example, of the police budget where regional council could say (…) we think our community needs this and we would like you to spend money in this way…”

“Right now we’re not able to do that – I think there’s a fair comment to be made (…)that the acts need to be changed so that local councils who use taxpayer money to fund police have a little bit more say – not a lot – in how that money is spent.”

Regarding the public response to the police budget, Strickland said he believes police services across North America are realizing there needs to be a change in how policing is handled, and how we deal with topics such as diversity, inclusion and mental health – adding that the recent levels of public feedback have been a real “wake up call” for police services and his colleagues on council. Strickland said both Chief Larkin and the Police Services Board have indicated a willingness to make changes that reflect on community demands for diversity, inclusion and equity – in a journey that he said many police forces across the “industrialized world” are embarking on right now.

On the budget, Strickland said council is targeting a zero per cent tax increase on regional programs and a half a percent for the police budget – meaning roughly an additional ten dollars on the regional tax bill for the everyday taxpayer in 2021. The regional councillor said pandemic pressures on budget consultations and meetings have been “astronomical”, with the region seeing substantial decreases in revenue from transit and increased pressure on expenditure – for emergency shelters, pandemic control and surveillance, bylaw and the hiring of more public health nurses.

“If it were not for the federal and provincial governments coming to our rescue and the rescue of all municipalities across Canada, we’d be in absolute terrible financial straits,” said Strickland. “That’s one of the reasons we’re able to target a zero per cent tax increase – if it wasn’t for those injections of cash from higher levels of government, we’d be looking at a much higher level of tax increase”.

Strickland acknowledged that, once we manage to get through the pandemic, there will be a huge deficit and debt provincially and federally – and the only way to pay for that will be through the taxpayer. For the time being, however, Strickland said it’s important to have a minimal tax increase to get through that pandemic, and to ensure the region is not adding any more financial hardships onto the “rate-payers of Waterloo Region”.

National panel advises provinces not to use AstraZeneca vaccine on seniors
Mar 1, 2021 6:30 PM