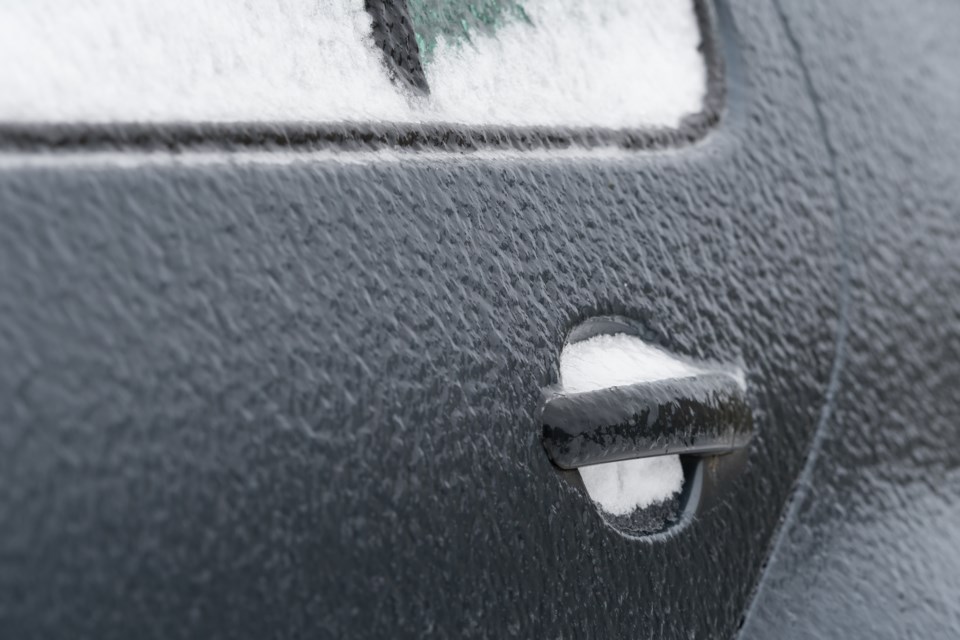 Special weather statement in effect for:

Environment Canada Metrologist Peter Kimbell says a large storm will be bringing lots of rain to our region, starting this afternoon.

"The issue is that before the temperatures rise above zero during the late evening. The temperature may be a little below zero when the rain starts, so it may be freezing rain for an hour or two, or a few hours. That's why we have a special weather statement out."

Precipitation is expected to move into Southwestern Ontario early Saturday evening and will likely begin as freezing rain in most areas.

"The temperatures are expected to rise above zero, rising overnight to plus five and then a high of nine on Sunday so it's all going to melt, but it's going to be icy for a few hours Saturday late afternoon, and into the late evening," Kimbell says.

Several hours of freezing rain are possible before the precipitation changes to rain or ends later Saturday evening.

Surfaces such as highways, roads, walkways, and parking lots may become icy and slippery.

This wintry weather is associated with a Colorado low that will track through Southern Ontario this weekend.

Kimbell says the storm will be bringing lots of freezing rain, but it's probably not severe enough to affect power lines.

"Winds are expected to be -- out of the east, already gusting to 50km/h, but temperatures are really going to be around zero, so yes, an outage or two is possible, but it is nowhere near the extreme of any of the storms we've seen in the past."