Waterloo Warbirds conducted training exercises for the past couple of days 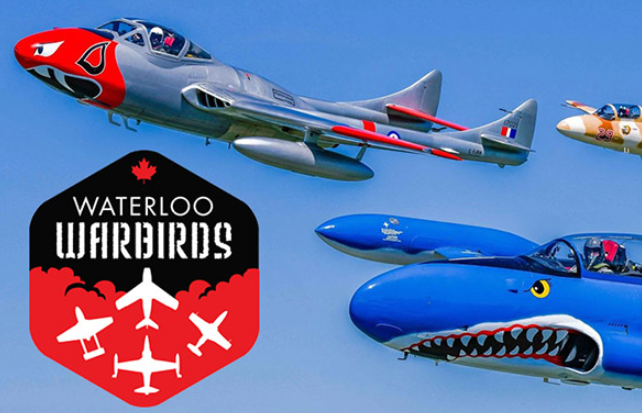 The focus was flying in formation, as many of the pilots have not been able to take off because of the COVID-19 pandemic.

"Everyone got together and we're brushing up on our flying in formation skills, something we aren't able to do that often," said Steve Zago, Pilot and Media Coordinator for Waterloo Warbirds.

Part of the training included using a standardized handle signal system. "Basically what they're doing is going up and giving each other hand signals, and learning how to change formation, how to do a break, safety procedures, how to deal with emergencies," mentions Zago.

He said there are multiple standards when it comes to formation flying, which can make it quite dangerous. "You could have pilots trained by the US Air Force, US Navy, Royal Canadian Air Force and when they go up together and fly formation, and they all have different hand signals and training, and what they've done is turned it into an international standard ... and we're basically taking that training and adopting it here so we can be as efficient as possible."

Many people mentioned they heard the planes soaring over Waterloo Region, and Zago added most of the flying was done outside of the area, and he believes what they saw and heard was the planes taking off and landing.