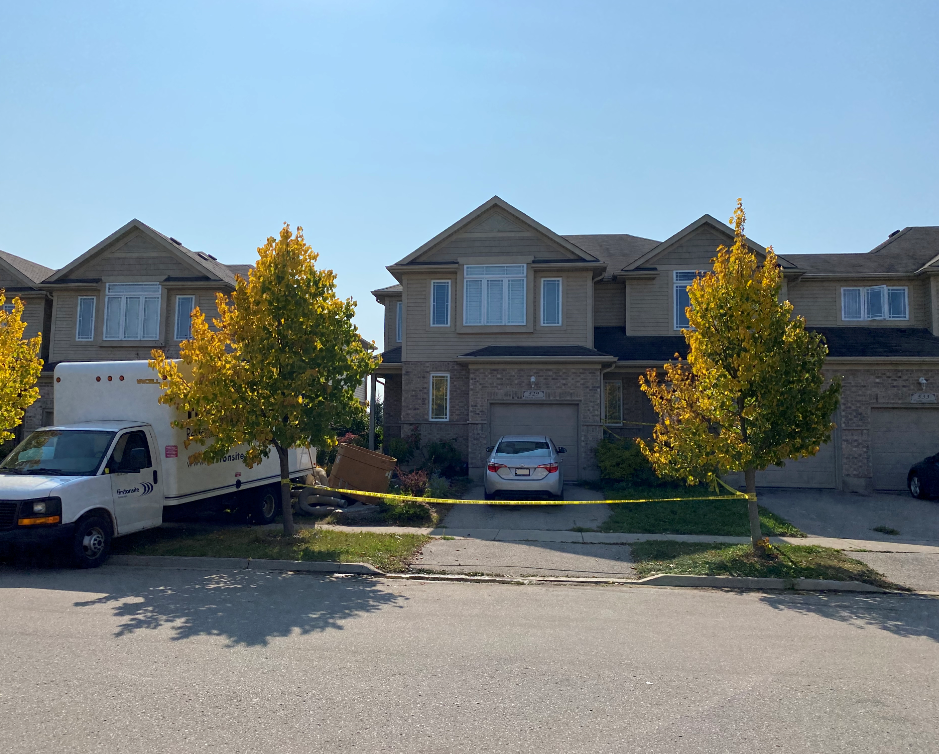 Townhouse fire in Waterloo on Sept. 24, 2020, causes over $500K in damage. (Maddie Demarte/KitchenerToday)

Waterloo Fire Rescue received reports of a fire at a townhouse on Wasaga Crescent around 9 p.m. Thursday.

No injuries were reported as a result of the fire, and damage is currently estimated at over $500,000.

Eight people, including children, were displaced from their homes as damage was too severe to return.

It is currently believed the fire began on the second level of the townhouse, however the investigation is ongoing.

The fire spread through three units, two of which are no longer habitable.

The unit where the fire originated has significant fire and smoke damage, according to Deputy Chief Ryan Schubert.

"There is one other unit of course, adjacent on one side, which is also uninhabitable at this time as a result of fire, smoke and water damage."

Crews ventilated the third unit, and its residents were able to return home.

Crews and the Office of the Fire Marshal will remain on scene Friday as the investigation continues.

Waterloo Fire Rescue reminds the public to always ensure their smoke alarms are in working order, and to plan at least two fire exits in case of an emergency.