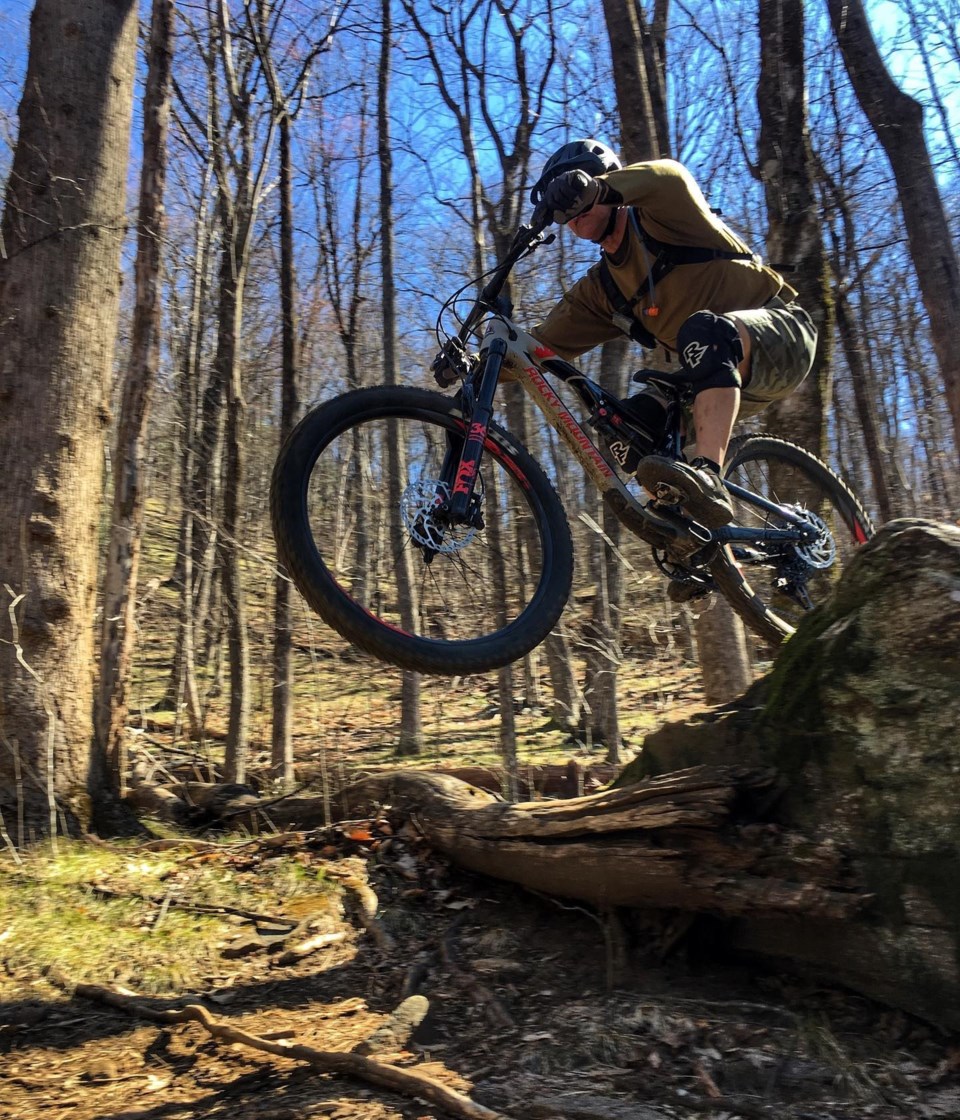 The first Hydrocut Trails Symposium welcomed a modest group of residents and cyclists to learn about the history and impact of the 25 km bike trail system in Waterloo.

"I booked a room for a hundred people and I was hoping for maybe twenty people." says Andy Cox, a Hydrocut Trails Committee founding member and organizer for the event.

"I did a head count yesterday at our first seminar and I counted thirty-three people, and I was pretty happy about that."

Cox is a part of the Hydrocut Trails Committee, a group who works to develop and maintain bike trails within Waterloo.

"We rely on the help of loads and loas of volunteers." says Cox. "We would get up to fifty to a hundred people volunteers on the trail days."

"So there's ten of us on the committee, but it's really the effort of the community."

Cox says he had been developing trails on his own since the 90's and decided to form a group with two other members in the early 2000's.

He is now one of the two remaining founding members left within the organization.

While the group has been active in the Region for years, Cox says they had never organized an event like this before.

"It's a pretty new idea to have a trail symposium," says Cox, "We didn't really know what to expect."

The symposium, which ran from October 25th - 27th, invited cycling groups and residents to learn more about trail design, management, how to work with government and advocacy groups and more.

He says part of their success in establishing the committee within Waterloo comes from their support from the Waterloo Cycling Club, which has over 500 members.

When asked about the reaction from participants about the event, Cox says it may be a bit early to tell, but so far people seemed to enjoy the presented topics.

"They said they found it really interesting and got a lot out of it." says Cox, "We had a lot of interaction between the audience and our speakers."

Overall, Cox says the event went well, and the committee is thinking about hosting another one next year.

He says he is seeing if they can get different community groups involved.

"I would like to think they took away an idea that they can work with their municipalities."

For more information about the Hydrocut Trails Symposium or the committee, go to thehydrocut.ca.