The ‘elevator tax’ increase represents roughly three cents on a 24 pack, cumulative effect absorbed by brewers or passed to consumers
Feb 23, 2021 7:00 AM By: Luke Schulz 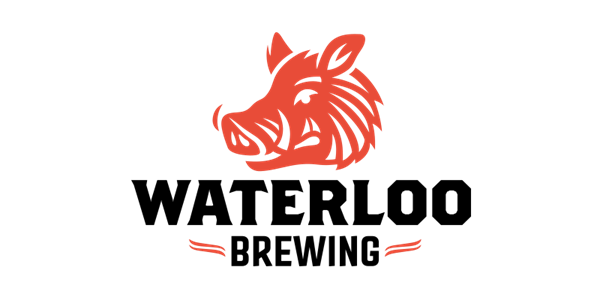 As the deadline for another annual increase on the federal excise tax on beer draws near, an online petition hosted by the trade association representing beer makers in Canada has garnered an impressive amount of support – calling on a freeze for this year’s increase. Pointing to an already hard-hit hospitality and tourism sector, the #FreezeItForThem initiative is making their ask in order to help support Canadian small businesses on the long road to economic recovery, while trying to avoid a detrimental impact to both consumers and brewers looking to invest in their businesses.

George Croft is the President & CEO of Waterloo Brewing Co, and a supporter of the campaign to freeze the federal beer tax. Speaking to the impact beer taxes have had on the industry since its implementation in 2017, Croft said taxes represent 52 per cent of the sale price of beer in Ontario – with 20 per cent of that tax flowing through the federal government and 80 per cent to the provincial government.

“The average tax in Canada is 47 per cent of beer prices, and so in Ontario we’re ahead of the national average.” Said Croft. “Our brewery pays 61-million dollars in tax each and every year – and our net earnings are around four million dollars. So, if you think about it, the government of Ontario and federal government make fifteen times more money on our business than we do.”

While the regular increase in tax may be positioned by the federal government to only represent a three cents increase on a 24 pack, Croft said that can be somewhat misleading to the cumulative effect that tax has on the industry. As that increase rolls around every April, Croft said breweries are left with the choice to either absorb the cost or pass it onto the consumers – and based on the hardships felt through the COVID-19 pandemic, Croft said he feels this is the wrong time for governments to be making this decision.

“We’ve had problems with supply chain – the price of cans in Canada have gone up 30 to 40 per cent this year, our raw material costs are increasing.” Said Croft. “We’re trying to keep pricing fair and make sure we don’t have to pass pricing onto consumers because our believe would be… it’s going to be a long recovery out of the pandemic, and we certainly feel it’s in our best interest to pay our employees fairly so they can reinvest in the economy.”

Speaking to the history behind the escalator tax, Croft said he was serving as the chairman of Beer Canada at the time of its implementation. Brought in by Bill Morneau and the Federal Liberals in 2017, Croft said there was no consultation with the industry at all – and repeated efforts to meet with the Ministry of Finance then were never returned. Croft said he and his colleagues absolutely view the excise tax as a ‘hidden tax’, as it increases every year on April 1st “regardless of what the economic situation is in the country”.

“I think we were frustrated by the lack of response (…) and I think we’ve now ended up in a spot that we’re attempting to get consumers to support the freeze in hopes that we can catch the government’s attention and they’ll consider the brewer’s position – particularly when there’s going to be a long hard road of recovery coming out of the pandemic.”

“I would argue that bars and restaurants have been very hard hit, and they’re going to need the support of all their suppliers – including beer manufacturers.”

Croft said his business has had the opportunity to participate in the wage subsidy program, though he admits Waterloo Brewing Co. has been fortunate enough to not need any assistance from the government throughout the COVID-19 pandemic. Croft said he has no interest in continuing to raise beer prices, though there’s still a continuing desire to pay employees a fair wage and to continue to invest in the economic recovery of the community.

“For me, it’s a balancing act. I understand taxes; I certainly support taxes.” Said Croft. “It does feel slightly exaggerated to me when 52 per cent of every dollar in terms of people buying beer flows through one of two governments. So, we’re just looking to say it’s time to take a break.”

Croft said that Beer Canada has managed to have a conversation with the Ford Government, and that they have been supportive of the initiative – announcing that they will not take any incremental tax on beet until at least March 2022.

“We’re thrilled by that and certainly support that – it’s just a recognition by our premier in this province that recovery is going to be a lot of hard work,” said Croft. “I think the people of Ontario are up for that, and we appreciate the provincial support – all we’re asking of the federal government is to do the same.”