Victims of shooting at Ecole Polytechnique to be remembered at vigil

The vigil has been organized by members of the Canadian Federation of University Women Kitchener-Waterloo
0
Dec 6, 2018 1:58 PM By: Aastha Shetty 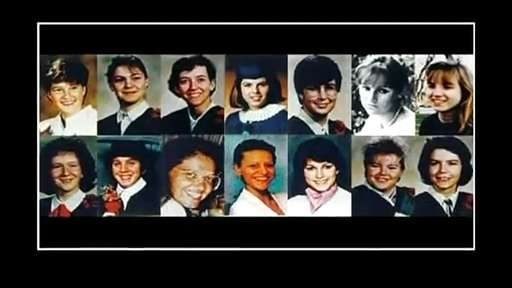 A vigil is being held on Thursday to mark the anniversary of the deaths of 14 women, who were gunned down at Ecole Polytechnique in Montreal.

The vigil has been organized by members of the Canadian Federation of University Women Kitchener-Waterloo.

It will take place at the St. Andrew's Presbyterian Church on Queen Street in Kitchener starting at 6 p.m.

CFUKW members say they also want to honour the many victims who have died by domestic violence, the thousands of missing and murdered Indigenous women and girls and LGBTQ2S people.

National Day of Remembrance and Action on Violence Against Women. One week away. Please join us.#16DaysOfActivism #CFUW pic.twitter.com/WO3CFFy4yt

Today, #UWaterloo engineering students, faculty, staff and community members commemorated the innocent lives lost in the 1989 massacre at École Polytechnique. May we honour them by continuing to fight for an end to violence against women. #December6 #UWaterlooRemembers pic.twitter.com/JtS0YEQ5IV