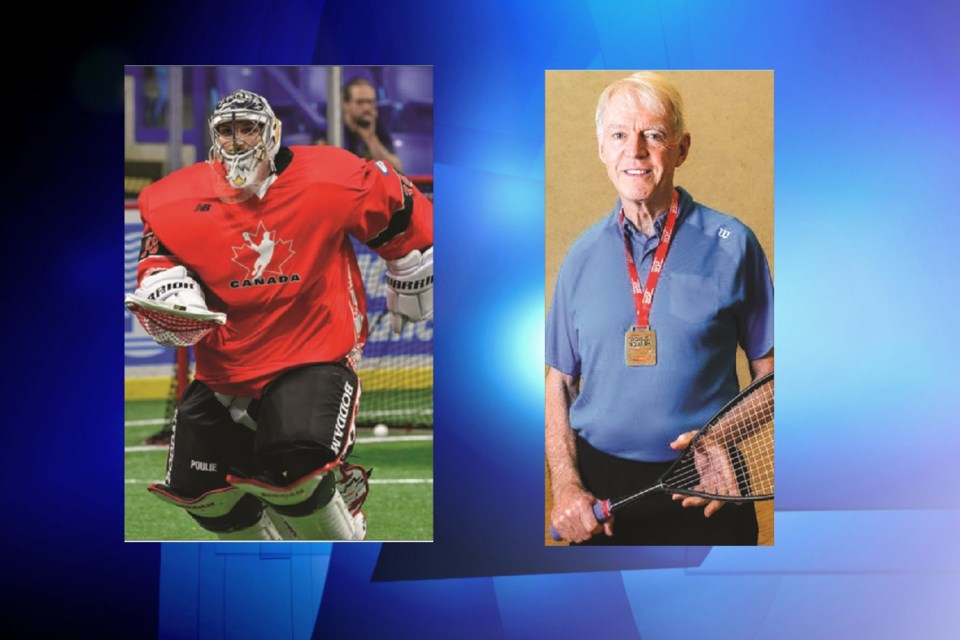 The Athlete of the Year program named two winners this year for Kitchener-Waterloo, Wellesley, Wilmot and Woolwich.

The winners were announced during a virtual ceremony Tuesday evening via Zoom.

Two awards were given out this year to make up for the year-hiatus when the program had been cancelled.

Mike Poulin of Kitchener was named the 2019 Athlete of the Year for his skills in lacrosse. Along with helping Canada to win gold at the World Indoor Lacrosse Championships, he led the Peterborough Lakers to the Gold Medal and Mann Cup at the Senior A Club Championships.

Meanwhile, the honour of being 2018's Athlete of the Year went to Howard Armitage of Waterloo for squash. He is the founder of the Conrad School of Entrepreneurship and Business at the University of Waterloo, and a 2018 World Squash Champion.

The ceremony was originally planned for back in May, before the COVID-19 pandemic led to the volunteer committee to postpone the event. In keeping with Public Health advice on public gatherings, the ceremony was moved online.