One expert says trusting the person telling you what to do and their reasoning behind it is critical for public buy-in.
Oct 17, 2020 10:30 AM By: Casey Taylor 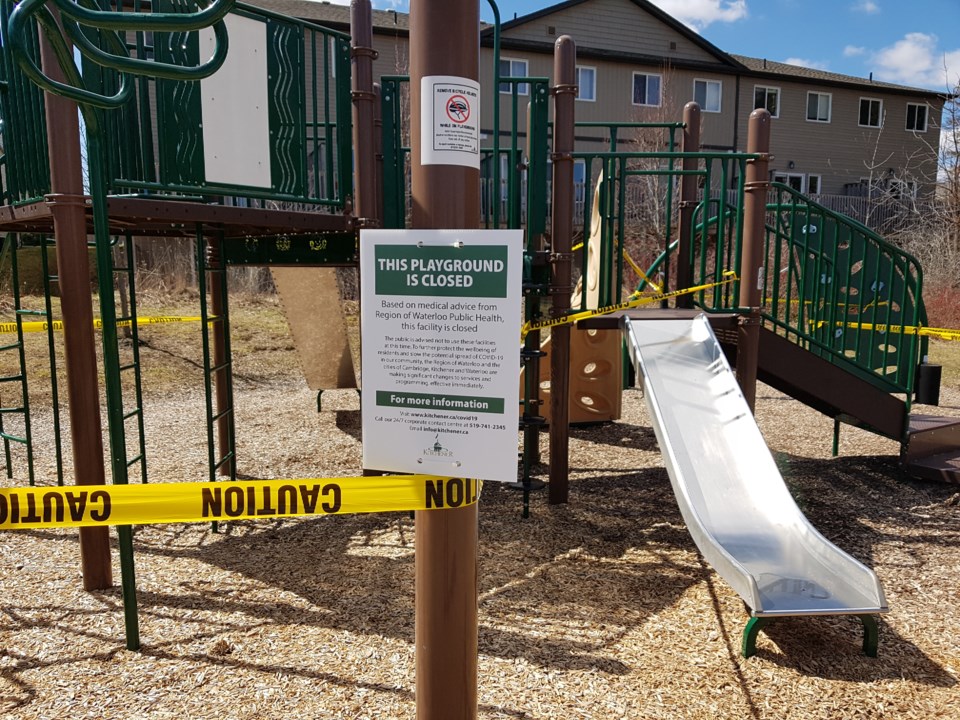 A playground closed in Kitchener due to the COVID-19 pandemic. Blair Adams/KitchenerToday

Whether you decide to follow pandemic protocols or not, much of what guides that decision may come down to trust.

At the start of the first wave, the politicians were still the ones calling all the shots, and that may have caused some of us to be more sceptical.

Ontario Premier Doug Ford, at the time, had been seeing his favourables shrink, weighed down in large part by protracted strike action from all of the province's major teachers unions.

However, as the pandemic took hold, and as Ford took a step back, his polling numbers took a jump. Similar spikes were also seen in provinces and territories across the country and at the federal level too.

Ashley Rose Mehlenbacher teaches English Language and Literature at the University of Waterloo, she says much of that may have to do with seeing our leaders in a new light.

"So we might have some initial feelings about someone or why we didn't trust them in a particular context, we might find that, over time, they prove themselves to be trustworthy in this new context," said Mehlenbacher. "And I think we've seen that in a few cases right, where maybe folks initially didn't trust someone fully or had some reservations and they saw this person did a really good job so that changed over time."

But she says it all comes down to trust, and we've also seen a big shift away from politicians telling us what to do to doctors and scientists leading the charge.

"So that is where trust becomes a critical issue, is do we trust this person who is telling us about the evidence," said Mehlenbacher, adding that may be Ford continuously says he's consulting his health team. "They have the evidence, they have a pretty good sense of what's going on."

Mehlenbacher said the public likely also gains some reassurance with the idea of it being a 'health team', multiple experts from multiple fields.

But she does point out trust can be a fickle thing, especially during a pandemic like this one where the virus at hand is one the world hasn't seen before.

"Sometimes it's really difficult to say 'just tell me the truth', because we're still figuring stuff out," said Mehlenbacher. "And this can undermine trust, if we're not entirely sure of a situation and we give some advice and then maybe change that advice."

Which is something we have seen and will likely continue to see as the pandemic drags on, the most obvious example for it being the messaging around whether wearing a non-medical mask or face covering should be made mandatory.