With 32 days until election day south of the border, the First Family is in quarantine and Donald Trump is forced off the campaign trail
Oct 2, 2020 4:15 PM By: Casey Taylor 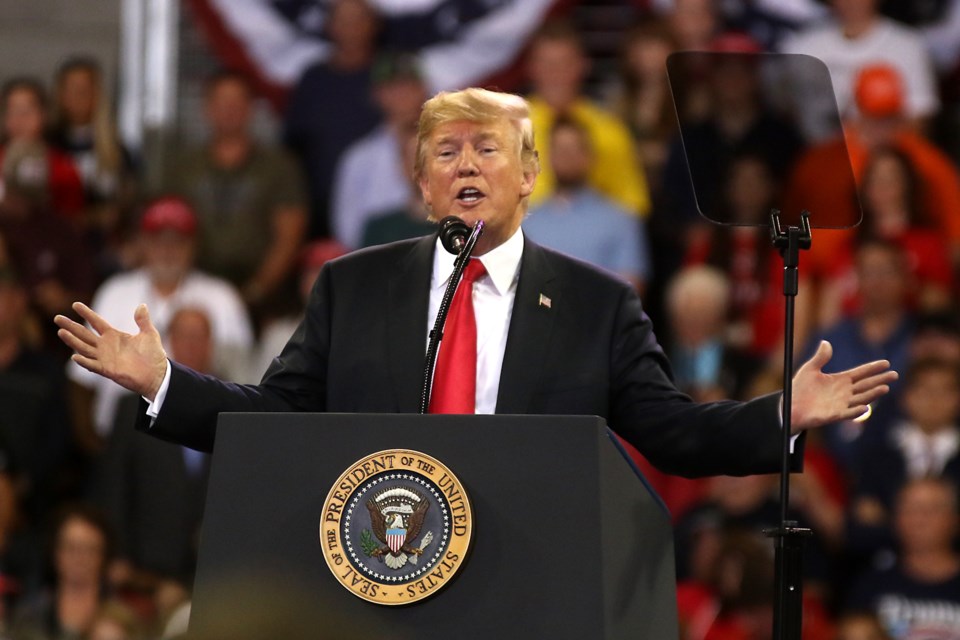 Early voting is already happening and many Americans have already made up their minds. However, just over a month out from election day, this time is critical for campaigns to make their final pitches to those final undecided voters.

The U.S.. President is not one to shy away from the stage with Donald Trump scheduled to fly to Florida Friday for one of his signature campaign rallies, though the event was cancelled.

"We're not going to see Trump rallies for sure for the next two weeks," said Andrea Perrella, Associate Professor of Political Science at Wilfrid Laurier University. "Unless a decision is made to be incredibly irresponsible and potentially against public health law."

Then there's the debate schedule. The next time the top Republican is set to square off against his Democratic Rival is Oct. 15, with the third and final debate to follow on Oct. 22.

That schedule may need to be changed now, given a two week quarantine will last until at least the Saturday after the second debate is scheduled.

"Two weeks is minimum," said Perrella, "If he starts showing symptoms and two-and-a-half weeks from now he still has symptoms, he'll still have to remain in quarantine.''

Perrella said that will likely be a decision for the debate commission.

Meantime, the COVID-19 pandemic has been one of the main talking points from the Democrats while Republicans have seemed to downplay the pandemic while talking-up the U.S. response.

Perrella said if efforts to diminish the issue among Republican voters was succeeding, that's unlikely to continue, adding it's hard to put forward a counter-narrative now the chief narrator is sick with the disease he's been trying to diminish.