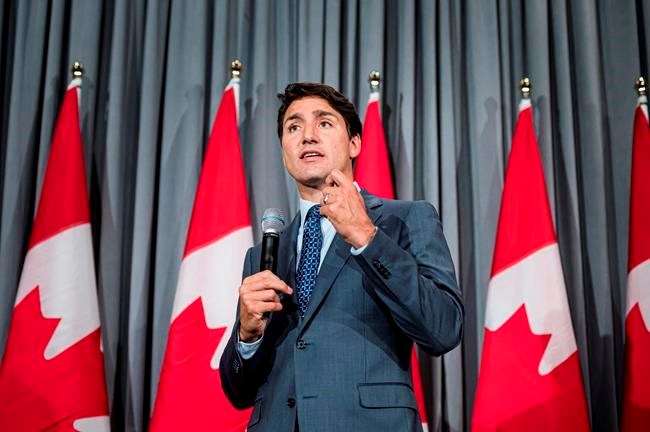 Prime Minister Justin Trudeau is to call the next federal election Wednesday morning.

By law, voting day is set for Oct. 21, but the prime minister had a two-week window starting Sept. 1 in which to begin the formal campaign.

They've argued over climate-change policy, Canada's place in the world, federal spending, and whether a national economy that has performed well by statistical measures has left Canadians feeling financially secure.

The question of how Canadians are feeling about making ends meet is central, with the three main federal parties all focusing on promises designed to make life in Canada more affordable.

Both the Conservatives and New Democrats have already started making campaign promises in that spirit. The Conservatives have pledged, among other things, to cut the federal tax on home heating bills, while just Tuesday, the NDP promised a tax on the super-rich to fund health care.

Recent opinion polls have the New Democrats lagging far behind the Liberals and Conservatives, who are duelling for first place in popular support. But polls suggest at this point, neither would likely win a majority in the House of Commons if an election were held immediately.

The opposition parties had been heavily critical of the Liberals' using the summer to travel around the country making spending announcements, arguing it amounted to campaigning on the taxpayer dime.

Last weekend, the New Democrats decided to just launch their own formal campaign, while the Conservatives were set to do so Wednesday in Quebec.

"Canada's Conservatives have been ready to go for months," said spokesman Simon Jefferies.

"We have all of our candidates nominated. We have been breaking fundraising records. Our local campaigns are energized with volunteers."