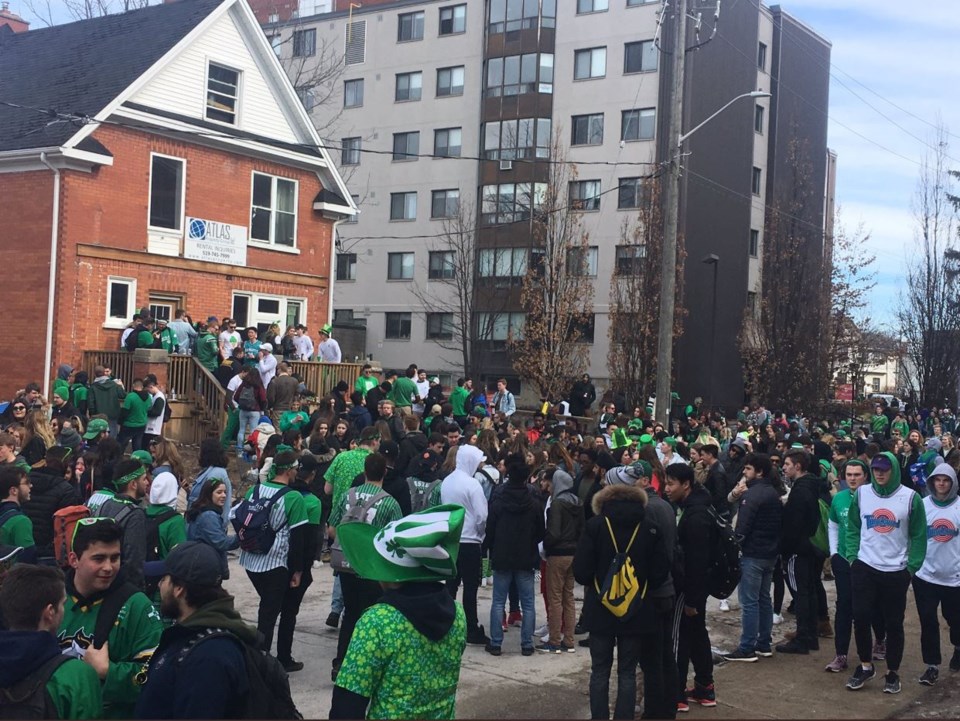 Waterloo city council recently tabled the interim report on unsanctioned street parties and is keeping a close eye on the outcomes of several pilot initiatives presented by the task force.

Some of those initiatives include by-law changes, parking restrictions, and crowd management tools.

Those plans will be tested at the next big student gathering, Laurier Homecoming 2019.

With Homecoming less than three weeks away, the task force has its work cut out for them, though they take some solace in being able to schedule the event alongside other universities to help reduce student travel.

Dykstra says they are still workshopping their messaging to students on how these events cost the city and could affect students well-being.

"They need to understand what they're doing to first responders, in terms of pressure points with their own safety, as well as the costs associated with these. Those are all a part of the package that we're going to be delivering over the next couple of weeks in terms of peer-to-peer messaging. We're going to drive that."

Larkin meanwhile says it is not an easy task to do that with a crowd of young people wanting to party. He admits their older age prevents them from even understanding the appeal of these events.

"Sixteen hours and watch what happens. And there's a lot of surprise when people come for the first time, you know. Why are we here? There's no band, there's no food, there's no music. There's really nothing other than this fear of missing out to gather, and meeting others," McMurray says in reference to the St. Patrick's Day crowds on Ezra Ave.

He says it will have to come down to the silent majority of students to speak out against the parties. It certainly doesn't help when social media trends more with students than messaging from police and government.

"If you look at some of the video and the social media videos, so what it does is that it attracts people. They come out to see it. When you're on the third floor of an apartment complex and you have a beer funnel running to the bottom floor, it attracts people, people want to go, and it brings these onlookers." Larkin says. "It's magnified everything. It's multiplied everything."

Larkin admits police may have been too soft in their approach to the situation in previous years leading up the current situation.

"We did a good job of planning, and in hindsight, maybe we were too compassionate or too caring or little care-free," he says. "Even my stance has changed. I'm very open about that. It's not that I flip-flopped or anything. I mean at first, it was a very localized event that we were managing very well. We could contain the cost. We can sustain it. There was different options. Things have changed and so now we have to move in a different direction."

The chief also added that despite the "chaos", we are considered leaders in dealing with large unsanctioned street parties, with police services from Toronto to York to London reaching out for guidance.

The task force will review the outcomes of Laurier's Homecoming and will draft a final plan in early 2020 in the lead up to St. Patrick's Day celebrations on Ezra Ave.