Toronto Board of Trade weighs in on two-way, all-day GO trains between the GTA and Waterloo Region

The Toronto Region Board of Trade is highlighting the need for enhanced and expanded regional rail service radiating out of Toronto, including to Kitchener, Waterloo and Cambridge, proposing to prioritize frequency and fare integration
Apr 8, 2021 3:24 PM By: Casey Taylor 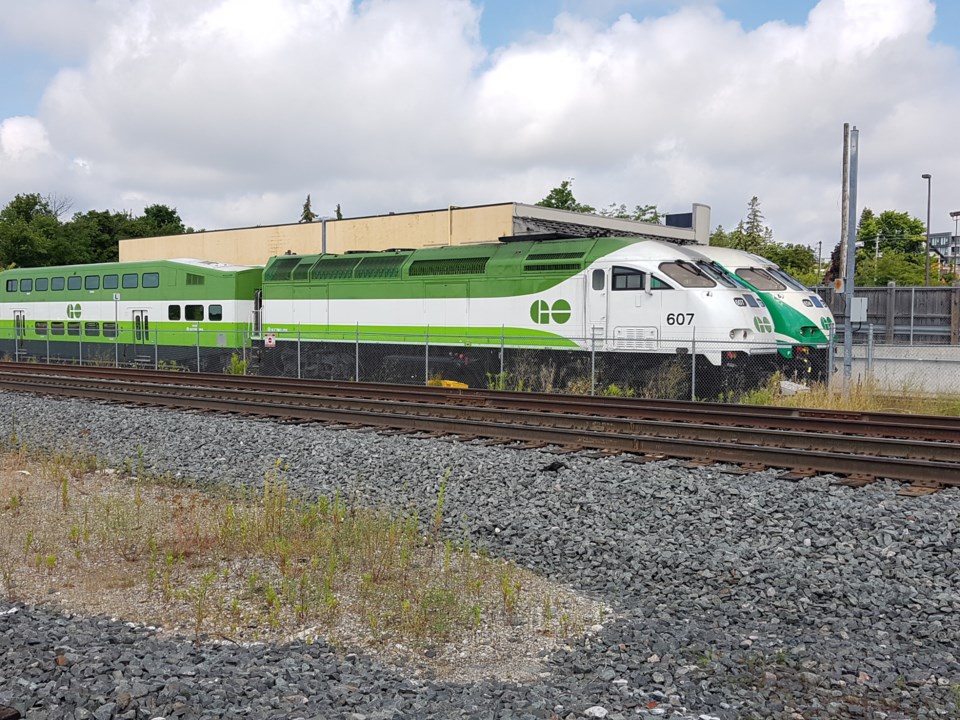 Picture a rail system like in Berlin, Paris, Tokyo, or London, England. Now take that image and transplant it into Southern Ontario.

That's how the Toronto Region Board of Trade is eyeing the network of 450-kilometres of rail radiating out of Toronto including provincial plans for two-way, all-day GO train service between Toronto and Waterloo Region.

"Emulating places around the world that have done it most successfully and also making sure that it's closely integrated with local transit so that people can use it almost like they would use a subway or a light-rail line to make journeys, not just going to downtown Toronto but, from points 'A' and 'B' anywhere in the region," said Jonathan English, Director of Policy for Transportation, Infrastructure and Trade at the Toronto Region Board of Trade.

The Toronto Region Board of Trade has released a few recommendations for the rail service in a recent report dubbed 'Getting on the Right Track: Connecting Communities With Regional Rail'.

In that report, one of the main recommendations is to prioritize frequency.

Another recommendation is for fare integration so people can hop from a bus or LRT to the train easily and affordably.

"To allow trains to connect easily with local bus service and other local transit but also to make sure people can make all kinds of trips, not just peak-period commuter trips," English said.

The board, meantime, is also echoing what the province had to say about the project in its newest budget, calling it critically important for Ontario's economic prosperity.

The board also says it's about eyeballing the future and realizing roads and highways won't be enough to support projected population growth.

"So that gives you a pretty clear perspective, we're not going to be able to add a highway every two years to move those people if they're going to be driving in the traditional single-occupant car kind of way."

English says highways will obviously continue to have their place and many people will continue to drive but the only way the province can accommodate growth and simultaneously address environmental and other issues is by providing transit.

He says the Toronto Region Board of Trade is hoping its report can continue to shine a spotlight on the project, not just in Waterloo Region and Toronto, but everywhere in between.

"Because it is so important and we feel the plans the government has been working on for a number of years a more likely to come to fruition if there is a strong public understanding and support for it."