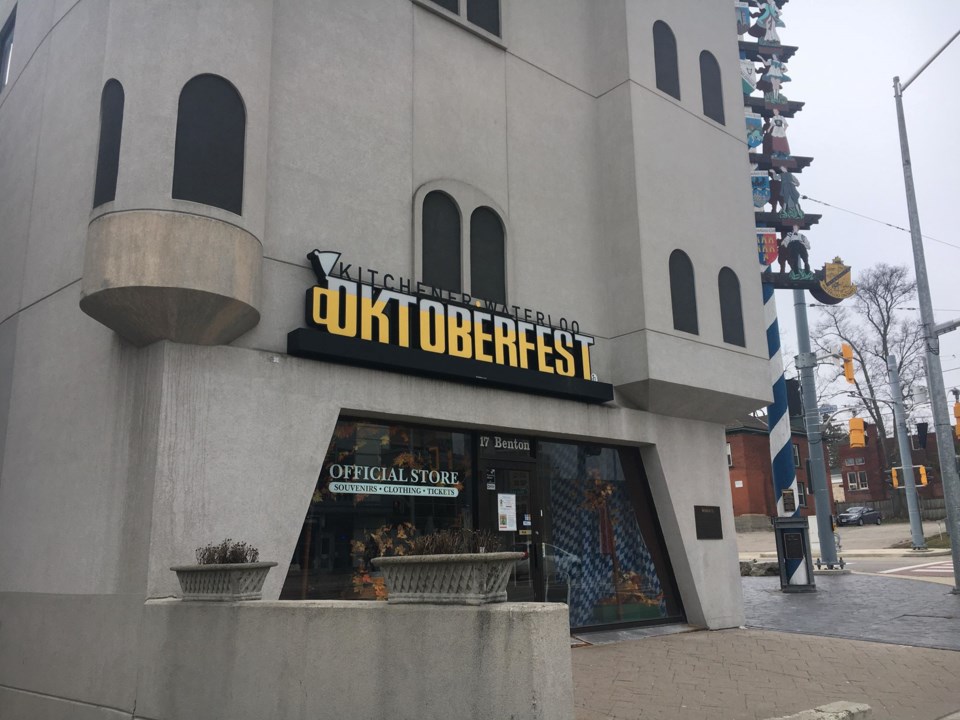 Community members took to Twitter this weekend to express their concerns, and support, over photos posted by Regional Chair Karen Redman at the Schwaben Club’s Oktoberfest keg tapping event. The discussion stemmed from what some in the public saw as a lack of physical distancing, with some attendees pictured standing too closely and others participating shoulder-to-shoulder in a shot-ski; a drinking instrument that places several shots along a wooden ski. Speaking as a guest on the Mike Farwell Show on 570 NEWS on Monday, Chair Karen Redman has since addressed the issue, saying she regrets the photos did not reflect the club’s “absolute adherence to public health guidelines”.

In the interview, Redman stated that it’s a good thing that shot skis aren’t happening anymore, and that she did not believe they adhere to public health guidelines.

When asked if the festival had done away with the drinking activity, however, K-W Oktoberfest Inc. President Tim Beckett says venues are self-regulated, with K-W Oktoberfest Inc. offering owners advice on best practices. He said fest hall operators take their direction from the Region of Waterloo’s Public Health unit – and that they should contact the service if they’re unsure about something.

“At the end of the day, Public Health has the ruling on what goes and what doesn’t go – this isn’t an Oktoberfest Inc situation (…) we’ve worked with public health since day one on making sure all the rules were outlined…”

Beckett did attend the event at the Schwaben Club and said there was a limited number of attendees – with people spaced out in their respective bubbles. He said he was not there, however, when the pictured shot-ski occurred.

“Talking with the organizers at the Schwaben Club, they were working within all the parameters they felt were above and beyond the public health guidelines in terms of wiping things down, maintaining people in their bubbles at their tables…”

Beckett said he doesn’t believe there was any ill-intent on the Schwaben Club’s decision to use the shot-ski at the keg tapping event, stating instead it’s likely they felt that they were working within the rules of public health. In a previous interview, Chair Redman had stated that the individuals pictured participating in the activity were all in the same social bubble.

In speaking with 570 NEWS, Beckett said the concerns garnered around the pictures posted over the weekend simply came from a lack of context. Some Twitter users have supported that perspective, with members who attended the Schwaben Club keg-tapping posting their own pictures and confirmation that the club followed all required public health guidelines.

“Reading the social media… people talk of ‘how can we have these big Oktoberfest bashes’…” said Beckett. “We’re not having big, beer-drinking events that people tend to label this as – it’s a ‘much reduced’ event, and we’re looking to people to fest together… apart”.

Beckett said that K-W Oktoberfest Inc has been working with public health since day one, and any event they’ve put together so far has been made to follow public health guidelines and rules. He said that the opening ceremonies event had to be revamped in less than a week, with new physical distancing guidelines coming down from the province.

“To be nimble is something I think in today’s world you need to be – you need to be able to ramp up and ramp down wherever possible,” said Beckett. “I would suggest that there’s no playbook on running a festival in the COVID era. I think we’re all trying to work within the guidelines the best we can. Mistakes may be made… I don’t think anyone’s making mistakes ill-intently.”

Uptown Waterloo welcomes costumed critters for Treats in the Streets experience
Oct 28, 2020 11:15 AM

What's on Wednesday
Oct 28, 2020 10:00 AM
Comments
We welcome your feedback and encourage you to share your thoughts. We ask that you be respectful of others and their points of view, refrain from personal attacks and stay on topic. To learn about our commenting policies and how we moderate, please read our Community Guidelines.