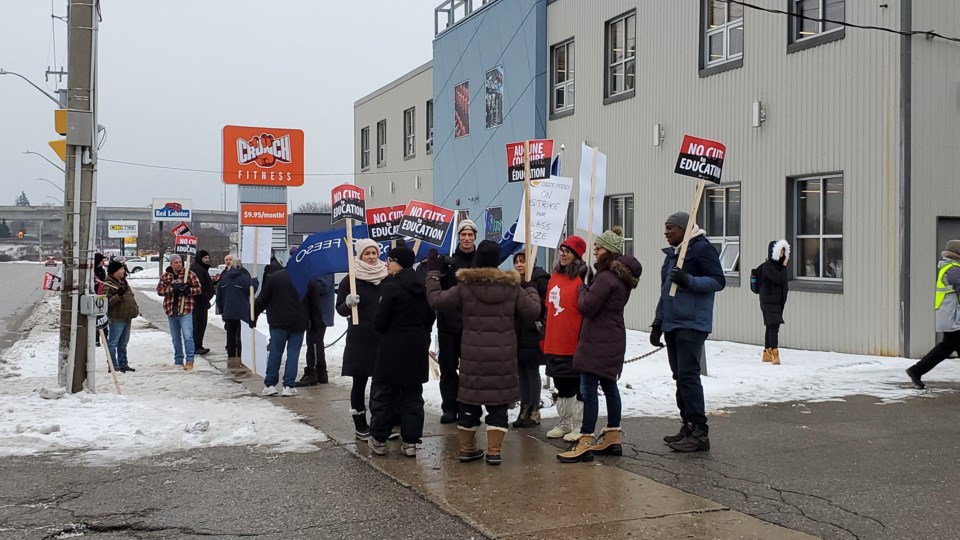 It's expected over 6,000 teachers and education workers will attend a rally in downtown Kitchener on Friday afternoon.

That will be followed by speeches from local union leaders and other community members, starting at noon in Carl Zehr Square.

"We are excited to join together with our education colleagues across the four affiliates for this event." Ontario Secondary School Teachers' Federation District 24 President, Rob Gascho said in a release.

"We stand together during this challenging time and would like to encourage members of the community to join us! Friday’s event is for everyone who believes in the importance of a strong, publicly-funded education system." he added.

All four Ontario teachers' unions announced they would hold a one-day strike on February 21, if a new deal isn't reached with the province before then.

Community collaboration is key to helping those most vulnerable during pandemic
Mar 30, 2020 1:16 PM

Large business, non-profits, charities all eligible for wage subsidy, Trudeau says
Mar 30, 2020 11:45 AM
Comments
We welcome your feedback and encourage you to share your thoughts on this story. We ask that you be respectful of others and their points of view, refrain from personal attacks and stay on topic. To learn about our commenting policies and how we moderate, please read our Community Guidelines.