Study says prevention, not intervention, is the key to healthy child development

A study examined the impact of early childhood education, comparing those who received quality education against those who did not
0
Mar 15, 2019 8:30 AM By: KitchenerToday Staff 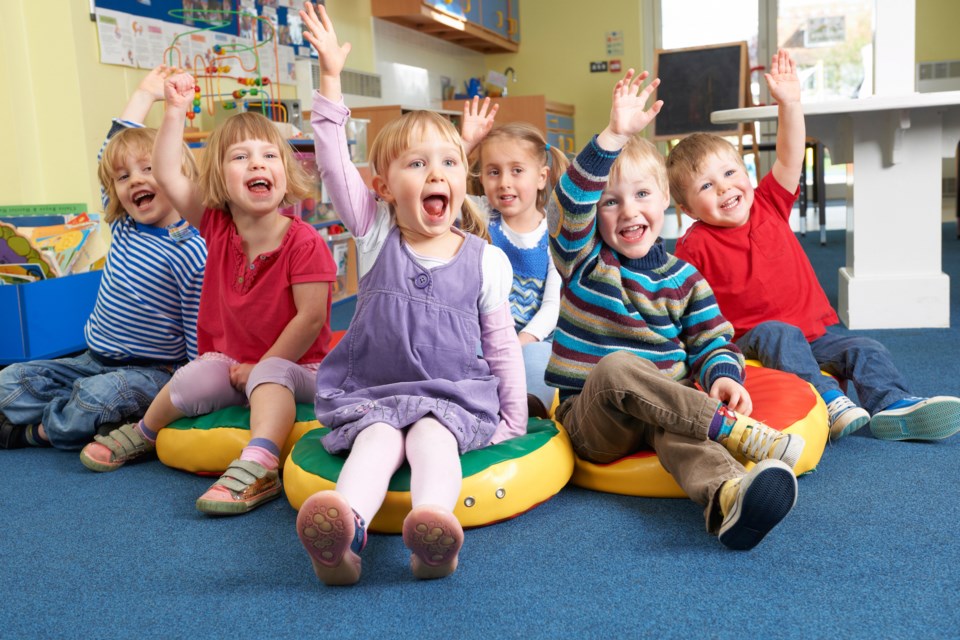 If a formula existed for giving children something that reduced the need for, or intensity of, later special education that can be both emotionally and financially costly, wouldn’t it be excellent?

I was part of a team of special education researchers that examined the impact of early childhood education in Canada, the United States and the United Kingdom. More than 50 years of data were offered to us by longitudinal studies that tracked children who received this quality education and compared their development to children who did not.

Exceptionalities could include children on the autism spectrum, as well as other children who would require additional supports beyond the mainstream classroom — for special education placements or tailored plans.

We found that a continuum of evidence, from multiple studies in multiple countries, unanimously demonstrates what specialists call the “pre-emptive nature” of early childhood education: it pre-empts issues from developing or getting more challenging.

There is a payoff of early quality childhood education for families, for communities, for economies but especially for child development.

And, while investments in the early years more than pay for themselves, the return is more substantial when factoring the impact on special education.

Collectively, this research offers a wealth of irrefutable insight for policy-makers.

These outcomes stem from the finding that the skills typically targeted by early childhood education programming are likely precursors of children’s ability to maintain a positive academic trajectory. They include cognitive skills in language, literacy and math and socio-emotional capacities in self-regulation, motivation, engagement and persistence.

I have spent 38 years at the forefront of special education in this country. When I began, children with disabilities were in different schools.

Now we have today’s highly inclusive educational model where neighbourhood schools are legally mandated to include all children, regardless of need. Today, contemporary classrooms are marked by their heterogeneity.

Canadian schools do a relatively decent yet incomplete job at what’s called “equalizing child development.” That means schools quite rapidly bring children up to speed in the first couple of years when they enter the system with less enriched skills — except, it must be stated, in the case of marginalized children, who live in poverty or have special education needs.

For these reasons, front-loading interventions during the early years is wise public policy.

In Ontario, the success of junior and senior kindergarten has produced startling results: academic and developmental gains the children are enjoying are not fading as they get older, and the impact is greatest for those most at-risk for special education placements.

In order to reach the most vulnerable children in our societies, exploring the pre-emptive nature of early childhood education is timely and particularly significant.

Who requires special education and why?

Citing provincial, national and international data, our research found that approximately 13 per cent of the kindergarten to Grade 12 student population requires special education services. And children with low socio-economic status are at a significantly higher risk for special education placement.

These figures are based on the provincial, national and international data we used — what’s true in the U.S. and U.K. also holds up in the Canadian context.

About 60 per cent of students who receive special education have needs in areas like language, emotional and behavioural regulation or academic performance.

These are areas where difficulties quickly become cumulative, causing children to fall further and further behind, eventually requiring costly interventions to help them catch up. For example, a language delay results in communication problems, erosion of self-esteem, peer isolation and achievement deficits.

All these areas can be significantly impacted by preventive education at the youngest ages.

In the U.S., a research team recently concurred with our findings about the effectiveness of early childhood education for reducing the need for special education interventions.

This team found early childhood education reduced participation in special education programs by more than eight per cent, decreased grade retention by 8.29 per cent and increased high school graduation by over 11 per cent.

Evidence from the U.K.

Research from the U.K. allowed us to go even further in building the argument for the pre-emptive nature of quality early childhood education. The team contracted a researcher who was part of the Effective Provision of Pre-School Education Project in the U.K. This project tracked more than 3,000 children from 1997 to 2015.

We re-examined the data set to track the full school experience for those children.

We were able to identify who fell more than one standard deviation from the mean on measures of academic achievement and emotional and behavioural regulation.

Similar though less dramatic reductions occurred for well-being and social or behavioral risks. Quality of early childhood education was a more significant factor in the reduction of social and behavioural risks, especially by the end of elementary school.

These children had improved peer interactions, pro-social behaviours and the ability to follow rules and routines. Improvements in managing their behaviours and emotions allowed for greater school success.

Educators, parents, policy-makers and governments could benefit from these findings and consider the impact of prioritizing quality early childhood education in redirecting the trajectory of young children’s lives.