Shaking off the rust, former Mayor of Kitchener seeks return to politics in Toronto 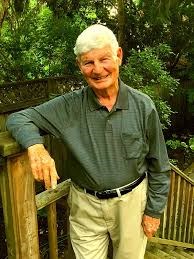 It's been 36 years since Morley Rosenberg last served in elected office.

Now the 81-year-old is hoping his unbeaten record as a politician can remain intact as he runs for to represent Ward 35 in the city of Toronto.

Rosenberg's political career started 50 years ago when at the age of 31 he was elected to Kitchener City Council.

He served as the Mayor of Kitchener from 1977-1982, after that Rosenberg left politics and went to work for the Ontario Municipal Board for 20 years.

According to his online biography he has lived in Toronto for the last 30 years.

During his time serving in Kitchener, Rosenberg lists his solo effort to save old city hall, the introduction of the ward system and introducing North America's first "Blue Box" recycling program as his major accomplishments.

Rosenberg is running in the newly created Ward 35.

He currently has 13 opponents in the running.

About the Author: Jeff Pickel