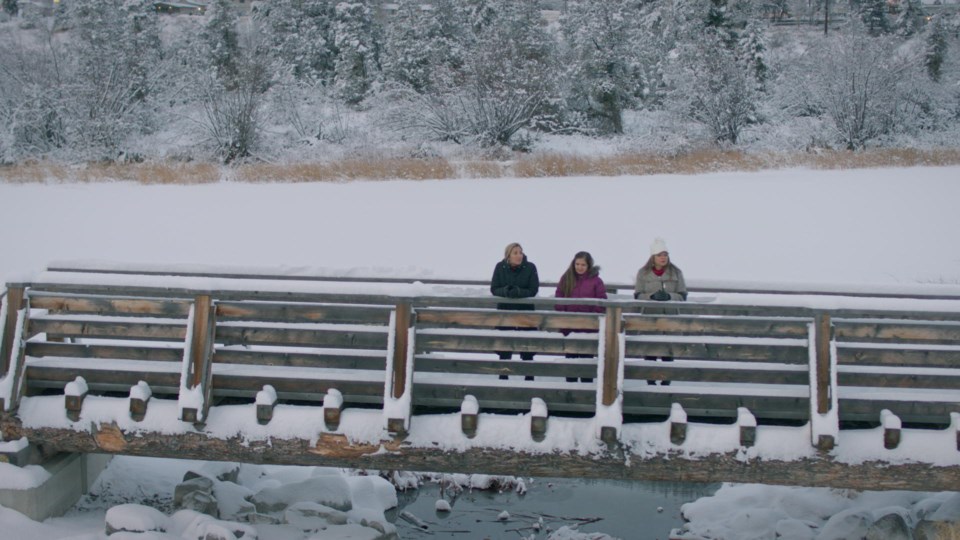 Baljit Sangra's Because We Are Girls follows a conservative Indo-Canadian family in small-town British Columbia that must come to terms with a devastating secret: three sisters were sexually abused by an older relative beginning in their childhood years (Supplied photo)

A Zonta Film Festival pick about a B.C. family whose Punjabi fabric is torn after three sisters and a cousin accuse their older male relative of sexual abuse is set to play Friday in Waterloo.

Director Baljit Sangra's Because We Are Girls is a contemplative, raw examination of outdated cultural norms, and a men-first society that further victimized these women their whole lives. Now, they must struggle as they seek justice in their familial bonds and the justice system.

"These women kept this a secret from childhood, and there's an impact of secrets and lies on us. We find out one of the women came to her mother, who said 'keep quiet, I need to get my daughters married,' " said filmmaker Sangra.

"They confront their parents. It was all about how the family would be seen and what the community would say. It was kept under wraps. Their generation didn't deal with these issues, and the perpetrator found power in that silence. These women's struggle would shame the family."

These Indo-Canadian women - sisters Jeeti, Kira and Salakshana, as well as a cousin - experienced sexual abuse from this male relative from childhood. They would only find out about each other's trauma years later.

Sangra spoke to one of the sisters after a screening of a film of hers on gang violence in Vancouver, B.C., and the two began discussing a new project.

"She asked me about doing a documentary on sexual abuse in the Indo-Canadian community, and disclosed she and her sisters were survivors. She told me they had gone to the police." she said.

"Their file sat with police in Williams Lake for nearly four years collecting dust, and eventually a female officer picked it up, shared it with the crown, and it went to a preliminary hearing. The urgency and momentum of the court proceedings helped push the film forward also."

The film was a harsh look at the police and justice systems in Canada and the way they treat sexual abuse victims, but some of the most damning scenes come from a confrontation between the sisters and their parents.

"Gender norms and patriarchal systems in this society conditioned women to be obedient and submissive. This idea women are subservient to men conditioned the women further as victims and kept them quiet," she said.

"Those values around family, honour and sexual abuse bringing shame to them in the community were so difficult. These women wanted to be heard - they had their truth - and they needed to be accepted and acknowledged. The scenes in the film where they tell their parents about the failures to protect them was a ton of emotions coming out."

As the real-life events continue to play out in court, the importance of getting the story of these women out there is not lost on Sangra.

"It's an ongoing case, but screening this, talking and sharing their truth is so important. If you look for all your validation in the court system, it just might not be there," she said.

"This has been a journey of healing, love and conversation, and seeing people relate to these women has been huge - Change takes time, and these women are pushing for that change."

Because We Are Girls plays in Waterloo, on November 8, 2019, at 6:50 p.m. as part of the 2019 Zonta Film Festival. It will play at the Princess Twin Cinemas. Information about tickets and the film can be found here.

About the Author: Jordan Parker

Jordan Parker is a freelance journalist and runs entertainment firm Parker PR. He's been a movie nerd since he was old enough to walk.
Read more