Seniors talk with LGBTQ2+ youth at Pride event in Kitchener

Elder Wisdom is a four year campaign run by Schlegel Village to foster relationships between seniors and their community
Jun 2, 2019 8:02 AM By: Ariel Deutschmann 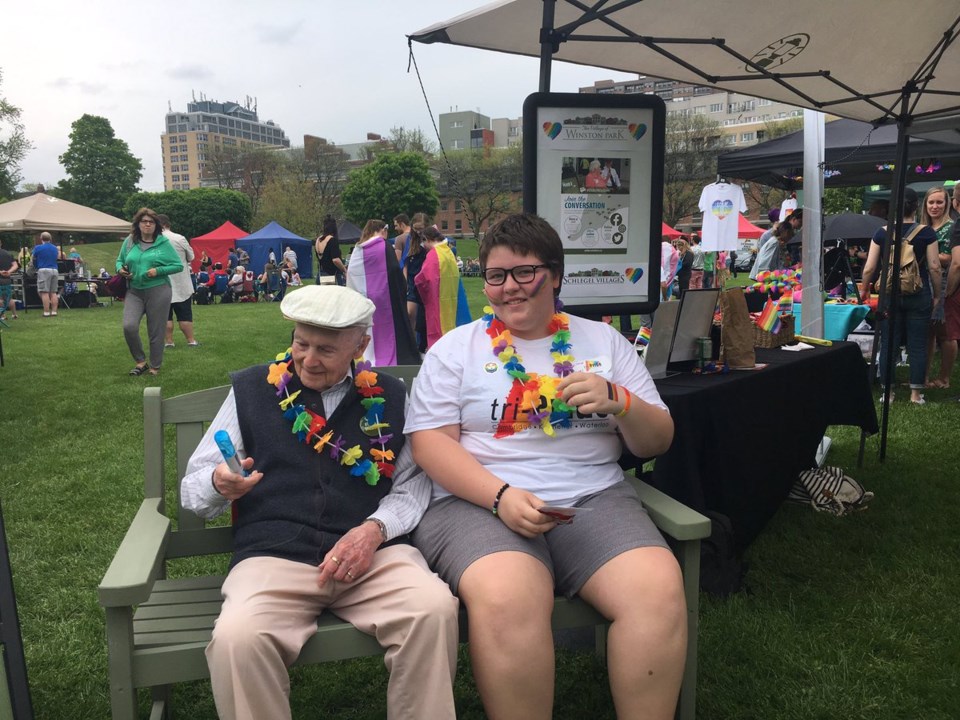 The triPride events at Victoria Park welcomed a group of seniors from the Elder Wisdom Campaign.

According to Ted Mahy, online engagement manager of Elder Wisdom, Elder Wisdom is a simple concept of encouraging the community to sit and have a conversation with a senior.

"They've got lots of wisdom to share." says Mahy,  "We just need to stop for a minute to ask that question, or invite that wisdom to come out."

Elder Wisdom is a four year campaign run by Schlegel Village to foster relationships between seniors and their community.

"Everybody that sees this says they've loved the idea." says Mahy.

"It's welcoming, you can sit and the conversation can go anywhere. It can go for a while too."

According to Mahy, this is the second year that Elder Wisdom has been involved with triPride.

"The village has been doing a lot of work this year, and the past couple years of pride, and being more inclusive at the village and they wanted to be here." says Mahy.

"So tying it in with the wisdom campaign, allowing the seniors to come share their wisdom and just enjoying the day out in the park as well."

One triPride volunteer, Willow Litwiller, took advantage of the opportunity to take in some of that wisdom by sitting down with one of the seniors, George Calder.

Being gender fluid and pansexual, Willer says they are glad not all people are the same.

"Knowing that not all of them are like that, is a very welcoming and relieving feeling." says Litwiller.

"He told me 'not everyone is the same,' live your life and be happy."

One Kitchener resident at triPride, Diane Kilby says that she finds the seniors quite open.

As a woman who has been out of the closet for over fifty years, Kilby says that she is proud of the work that Elder Wisdom and Winston Parks are doing for the seniors.

"This environment that Winston Parks is creating has been a really positive experience for them because they get to talk about their family members." says Kilby.

Police investigating after shots fired in Cambridge neighbourhood on Sunday
Aug 5, 2021 11:27 AM