Second fire in as many days at old Trinity United Church

Emergency crews were called to the church at Frederick Street and Duke Street for the second day in a row
Nov 16, 2018 5:07 AM By: KitchenerToday Staff 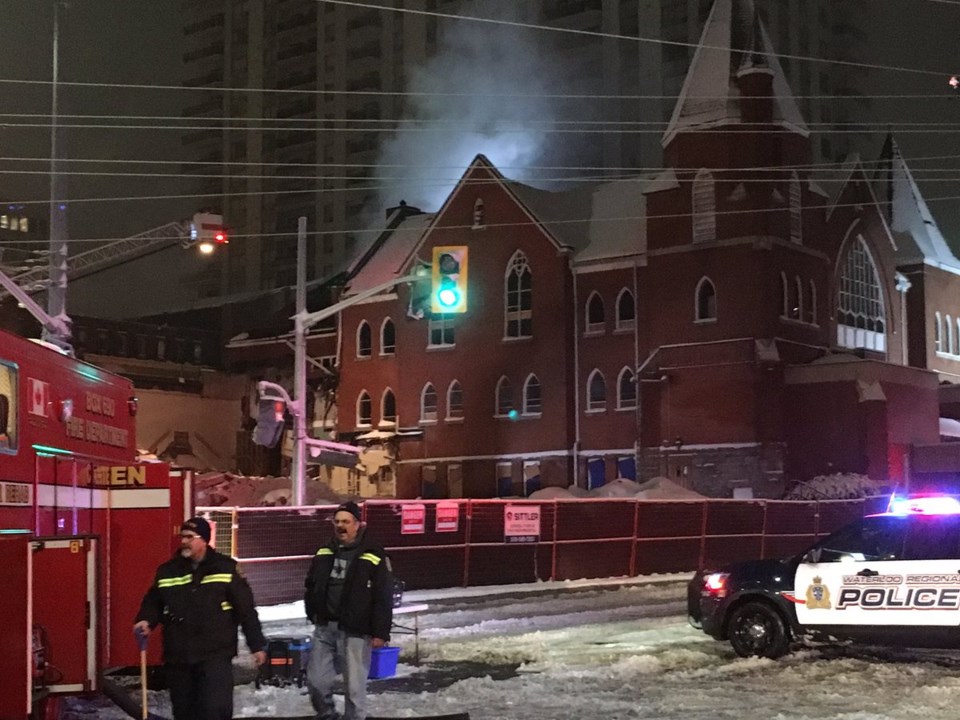 Firefighters were called to a fire at the old Trinity United Church for a second straight day on Friday, November 16, 2018. Jeff Pickel/KitchenerToday

JUST IN: For the second day in a row, crews are on scene of a fire at the abandoned Trinity United Church in the Frederick and Duke area of downtown Kitchener. @570NEWS reporter @PickelPress is headed to the scene.

Yet another fire at an abandoned downtown Kitchener church.

Emergency crews were called to the church at Frederick Street and Duke Street just after 3:00 a.m. Friday morning.

Kitchener Fire said a security team that was deployed to overlook the old Trinity United Church spotted the fire.

The nearby YWCA has been evacuated as a precaution. The residents have since returned to the shelter.

According to Kitchener Fire, no one was inside of the church when the flames erupted.

UPDATE: @KitchFire say there was no one inside when they arrived, the fire has been knocked down and they have taken a defensive position, Frederick closed between King and Weber @570NEWS @570traffic pic.twitter.com/3S8Mia8zvT

Fire crews were only at the site a day ago after a fire caused $100,000 worth of damage Thursday morning.

Trinity United has been empty for over a year now, so that it can be torn down to make way for a high-rise building.

Kitchener Fire official says he is not surprised to be back at Trinity United Church, they’ve responded to several recent calls here, he says it’s likely the demolition schedule will be spend up to remove the hazard @570NEWS pic.twitter.com/ztxM2Ps86O

The cause of the initial fire is still not known.