Scott Hamilton officially sworn in as City Councillor in Cambridge 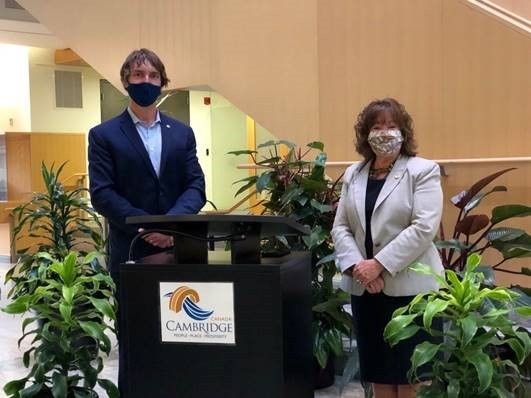 Photo courtesy of the City of Cambridge

Scott Hamilton was officially sworn in Friday night, and will attend Special Council on Tuesday at 10 a.m.

"I'm honoured to have this opportunity to serve the residents of Ward 7 and the community as a whole," said Hamilton in a release. "I look forward to working with Mayor McGarry and my fellow councillors to advocate for the citizens of Cambridge and help move this city forward safely and successfully."

This comes nearly a year after the passing of Frank Monteiro in October 2019.

The seat for Ward 7 was declared vacant in November, and a byelection was to be held in March of this year.

Due to the COVID-19 pandemic, the byelection was rescheduled for October 5.

Hamilton also stepped into the political ring in the 2019 federal election, running as a candidate for the New Democratic Party.