While the film does plays to the classic biopic formula, it often goes above and beyond to capture spirit of Elton John
Jun 1, 2019 4:30 PM By: Phi Doan 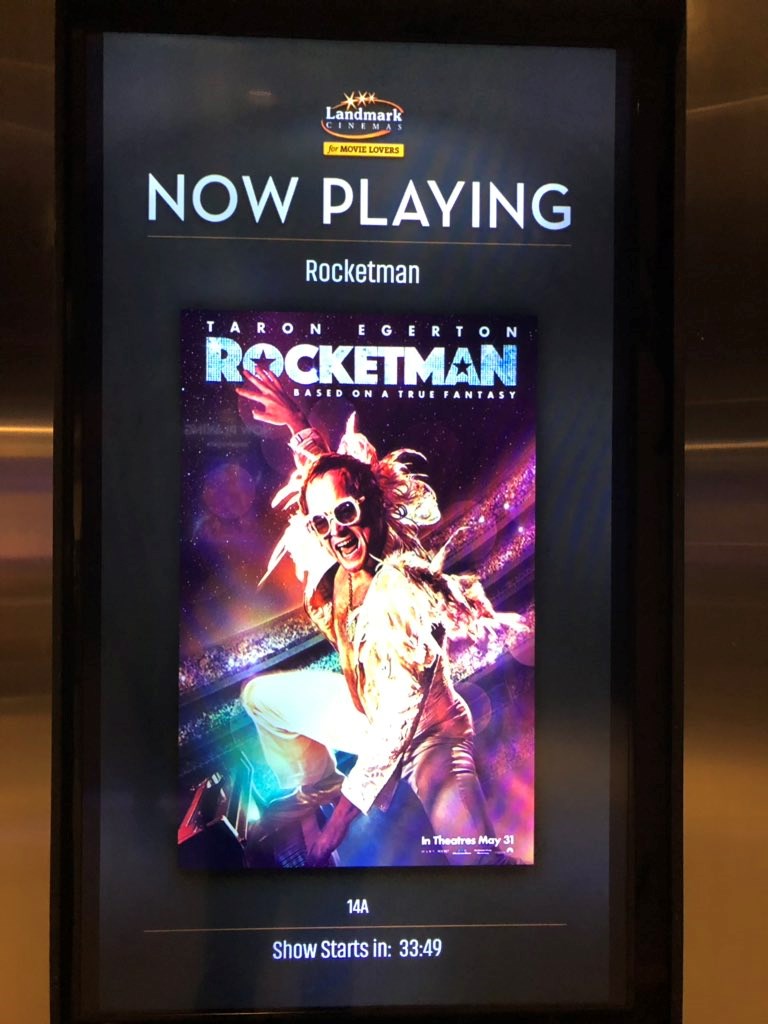 It's an immense task when trying to adapt someone's life into a movie. An even greater task if it involves a singer or even a band. At that point you're expected play as many of the hits throughout the running time as possible, yet still tell a complete story, which leads to many music biopics to simplify an artist's life into the traditional, cliche rise to fame; sex, drugs and rock n' roll; fall from grace, and redemption arc, before cutting to black to inform us of all the accomplishments said artist achieved after the movie ends. Usually cutting out all the complicated aspects of their lives that doesn't neatly fit into the formula.

Directed by Dexter Fletcher, Rocketman is a musical biopic based on the Elton John's career. It's hard not to compare this to 2018's Bohemian Rhapsody; especially given that Fletcher had directed the Queen biopic after Bryan Singer had left the project mid-production; and the similarities between musicians.

Both Elton John and Freddie Mercury were singer with larger than life stage presence, both closeted gay men during their careers, and both suffered from drug addiction. However, while Bohemian Rhapsody embodies the standard music biopic, Rocketman does follow that formula, it does try to go above and beyond what we would expect.

The start of the film sees Elton John, played brilliantly by Taron Egerton, decked out in one of his audacious outfits, slowly walking towards the camera. At some point, you expect him to think about his entire life before he plays the massive comeback concert. Instead he crashing a therapy circle and proceeds to admit to a laundry list of personal struggles from addiction to bulimia. And that's framing device for the movie, inviting us to examine his career as a personal mental health struggle; with sex, drugs, and rock n' roll being his attempts at self-medication.

That's not to say the movie is a dreary meditation on the trappings of fame, this is an Elton John movie after all. It's celebration of his career that's as colourful as his stage outfits. If there's one thing you should know going into this film is that it's a full-on musical. Characters will break into songs and the film will indulge in dream-like sequences that you would normally see in a music video. The film is more than willing to play loose with reality in order to catch the spirit of the story. At one of his first major concerts, he begins to sing "Crocodile Rock" before winning over the crowd, causing everyone including himself to start floating in the air, enraptured by the music. It allows them to play the classics everyone wants to hear while being also reframing the songs to better understand each stage of his life.

Taron Egerton does a great job of embodying Elton John, being able to capture that self destructive behaviour while being able underline that pain with a dash of vulnerability. And of course he is just as manic as Elton John was while performing. The film also doesn't shy away from the uncomfortable aspects of his life. Aside from the drug abuse and a broken home life, they delve into his life as a gay man. What's so amazing about it is that they keep it rather personal, which arguably makes it much more potent compared to a broad message of LGBTQ acceptance that too often feels diluted. The film is frank about being gay, never being coy about its subject matter, yet allowing things to play out naturally.

Rocketman is a triumph over formula, that truly captures the colourful stage persona of Elton John while also pulling back being able costume to reveal a deeply personal story about self-love.

For Rocketman showtimes and other films currently playing, you can check out the Landmark Cinemas website.

City of Kitchener announces more public pools reopening
Aug 8, 2020 11:00 AM
Comments
We welcome your feedback and encourage you to share your thoughts. We ask that you be respectful of others and their points of view, refrain from personal attacks and stay on topic. To learn about our commenting policies and how we moderate, please read our Community Guidelines.