The Cambridge brewery ages their beer in wine and spirits barrels for up to three years
May 2, 2021 12:30 PM By: Ian Hunter 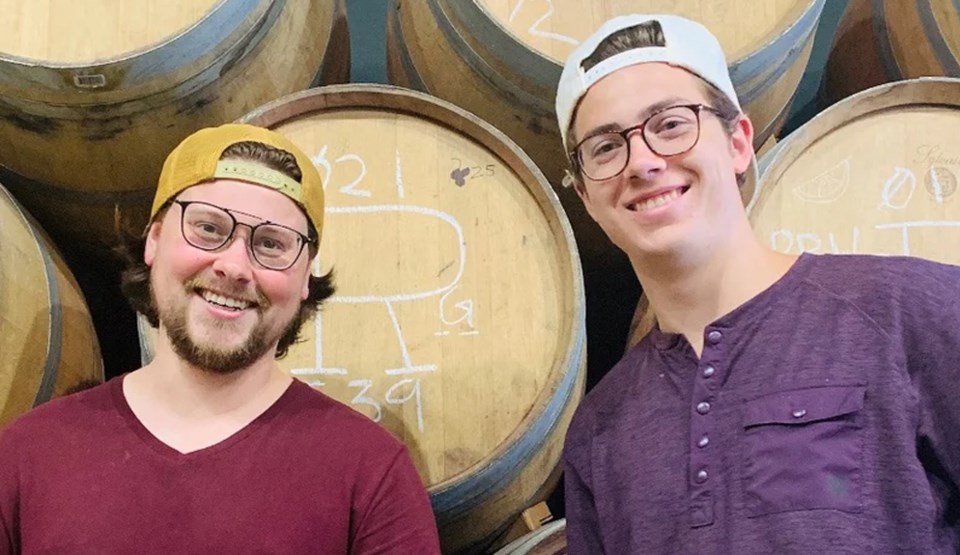 Reverence Barrel Works is one of the newest rookies in Waterloo Region’s craft beer hub, but in the span of a year, their beloved beers have elevated the brewery into “seasoned veteran” status.

Reverence opened amid the pandemic last May and next week marks their first anniversary. While they’re unable to host patrons at their tap room, they’re celebrating by launching some new beers and an entirely new sub-brand.

Brett Hunter and Matt Duimering are the founders of the brewery who met through the Toronto homebrewing scene in 2017. After sharing recipes and swapping ideas, they soon made plans to launch their own brewery showcasing the complexity of barrel-aged beers.

“We really wanted to have an atmosphere for people to come in and we could educate the customer and say: ‘This is why I think our product is top tier,’ and give them the reasoning behind it,” Hunter said.

“Because of the pandemic, that hasn’t happened yet. We are getting the craft beer consumer who knows the knowledge and is able to come in, the locals we’re able to talk to here and there, but we’d really like to broaden that and explain what we’re doing here.”

Most of the brews at Reverence Barrel Works age in barrels anywhere from six months to three years, with brews sitting untouched on average for a year. Hunter said he enjoys barrel-aging because the barrels impart subtle flavours into the beer.

They use barrels which previously housed red wine, white wine, and spirits like tequila, rum, bourbon and cognac. Once they add the beer, cork the barrel and let it age, the magic that happens inside the wooden staves has a mind of its own.

“It comes down to nuances,” Hunter said. “There’s so much flavour we feel you can get out of barrel aged beers. You get these subtle nuances from the barrels. It’s fun for us because we can’t control it. It all comes down to what the barrel wants to do.”

In time for their first anniversary, Reverence is launching a separate line of beer called “Brolly”, which is their unbarreled program. This line will feature canned beers brewed in more of a modern fashion, like a double IPA, a dry-hopped sour, a pilsner and a Munich helles.

One of the biggest undertakings for Reverence so far is a spontaneous fermentation beer in the form of méthode traditionnelle. Hunter said this beer is the first of its kind in Ontario, and one of the first in Canada.

“All in all, it takes about 16 hours per brew for that one,” Hunter said. “In the end, it adds more of that nuance we’ve been talking about. It’s painful, but in the end, we know it’s going to be really good beer.”

Another interesting concoction drummed up by Reverence Barrel Works was a beer they called “Slrrp!”. During the pandemic, Hunter and Duimering were looking at something fun to try, so they settled on a blue soured blonde with gelatin.

“We were debating very long and hard about putting it out,” Hunter said. “We had a lot of fun making it here, so we thought that if we had so much fun, the end consumer’s probably going to see that and enjoy it as well.”

In an ideal world, Hunter and Duimering would love to host guests and where they can hear in-person about the time and the care that went into brewing the beers.

Behind the scenes, the pair are putting the finishing touches on the brewery’s taproom and patio.