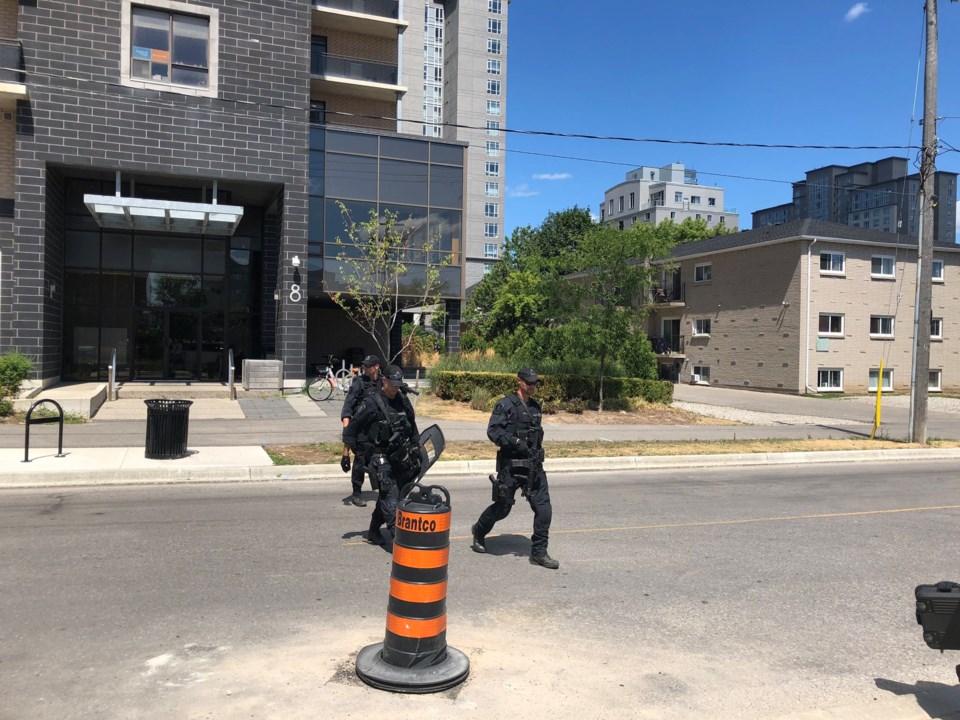 Police on scene and King and Hickory in Waterloo. Evan Taylor/KitchenerToday

There was a heavy police presence in the university district of Waterloo on Wednesday afternoon.

At around 12:30 p.m., police were called to an apartment on Hickory Street after receiving a report about a person with a gun.

Members of the Emergency Response Unit of Waterloo Regional Police searched the apartment, but no weapon was found.

Acting Superintendent John Goodman tells 570 NEWS one person was arrested and they continue to interview witnesses.

No word on possible charges at this point.

Hickory has also reopened to traffic.

Investigation continues in the area of Hickory St. in Waterloo. Police were called to the area for a firearms-related incident. Upon arrival, police cleared the residence, however, no firearm was located. Anyone with information is encouraged to contact police or @WaterlooCrime pic.twitter.com/4kmbd5J2ah

with files from Erin Anderson