Renewed calls for Canada to deal with its Islamophobia

Canada is being called on to deal with an institutionalized and undue fear of Muslim Canadians in the wake of an attack in London, Ontario which allegedly saw a family targeted for their Islamic faith
Jun 9, 2021 5:15 PM By: Casey Taylor 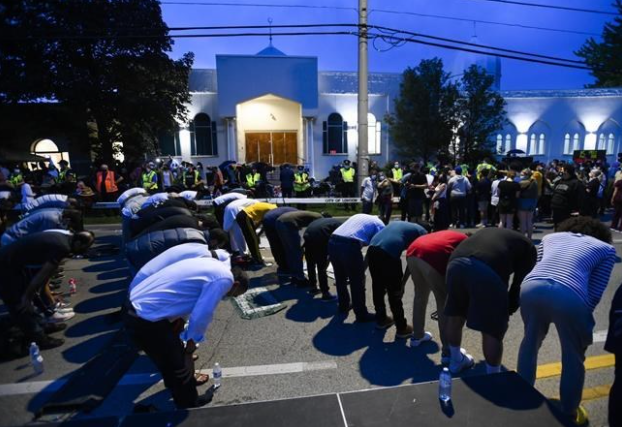 Mourners pray at the site of a vigil for the four London, Ont. family members killed in what police call a hate-motivated attack on Sunday, June 6, 2021CP

It had been 1,589 days since Canadians last expressed shock and outrage at a mass murder targeting Muslim Canadians and yet many in the community say there had been no concrete steps taken to address the underlying issues.

Four-and-a-half years after six people were killed and five seriously injured when a gunman opened fire inside a Quebec mosque, a family of five was run down by a pick-up truck in London, Ontario, leaving four of them dead and a nine-year-old boy in hospital, and they were allegedly targeted because of their Islamic faith.

"Given the ingredients for a tragedy like this have been around, it's always a surprise but it's not surprising," said Jasmin Zine, Professor of Sociology at Wilfrid Laurier University.

Zine says the Quebec mosque massacre in 2017 turned a spotlight on a breeding ground for Islamophobia in Canada and it was hoped more would have been done then to address what she says represented a clear and present threat.

"And here we are, four years later, with the second deadly terror attack, mass murder, against Muslims in Canada in the past four years," said Zine. "So a lot of this feels like a very tragic form of deja vu where we are at the vigils again, we are mourning the loss, and we are trying to advocate for more to be done to address Islamophobia."

Zine says there seems to have been a sense the Quebec mosque massacre was a one-off incident but she says hate crime statistics show hate crimes targeting Muslims are on the rise and public polling has shown a negative opinion of Muslims in Canada isn't limited to the far right.

"And with the rise of white nationalism, we have over 300 white nationalist groups in this country, the proliferation of online hate and the ability for these groups and their followers to promote these very dangerous ideologies, rather unchecked, means these kinds of conditions have been there already in place structurally, systemically, and ideologically for such a tragedy to then unfold," Zine said.

"These issues are complex but we can't avoid looking at the fact these aren't isolated incidents, this has become a pattern, these are underwritten by Islamophobic ideologies, and there is a network of Islamophobic groups that form a kind of industry," she said.

Zine says anti-Muslim hate has also been normalized through institutions and policies as well as the securitization of Muslims communities and especially Muslim youth.

"And yet the community has been, for years, been talking about the fact that you need to focus on far-right nationalism and far-right extremist groups and the radicalization that's happening among aggrieved white males," she said. "But the focus continues to be on this idea of a Muslim radical jihadist threat."

"And that further marginalize Muslims and further places them more at risk."

Zine is calling for a national summit on Islamophobia, something she says should have been undertaken four years ago.