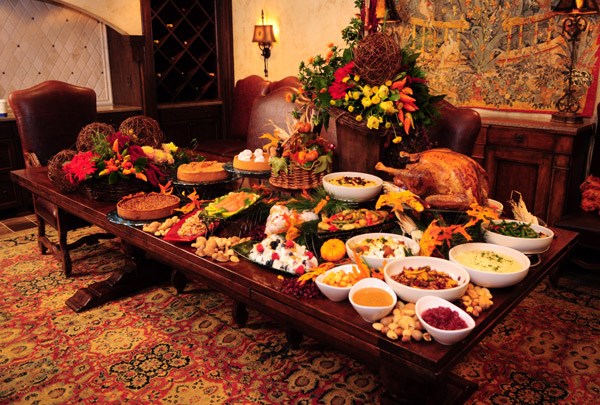 It's not an easy ask: requesting that you rescind some of your invites for Thanksgiving dinner.

Still, that's what Waterloo Region's Medical Officer of Health is hoping local residents will consider as we stare down the barrel of a second wave of COVID-19.

"I am concerned about it," said Dr. Wang in a media briefing Tuesday. "I think, understandably, the situation in Ontario even two weeks ago was different. People were making plans, and I know that it's an important holiday for a lot of people. It's never easy to tell people, 'Change your plans, think about having less or no people.' I am worried about Thanksgiving because of what's happened in Ontario, because of how rapidly we've entered the second wave, and I know people have been planning larger gatherings."

Dr. Wang assured that too many gatherings, or those that are too large will fuel further spread in Ontario and Waterloo Region.

And while the Region has been ramping up staffing to conduct contact tracing, she noted that every public health system will have its limits.

"We are working to continue to keep up. That said, it's true that if cases rise rapidly, and cases have many contacts, then it will be harder for many health units to keep up," warned Dr. Wang. "Something that's important for people to understand is that contact tracing can be a very effective tool, but you have to keep community transmission rates manageable."

When it comes to community transmission, some are looking to public gathering areas such as restaurants, wondering if sweeping restrictions will be reimposed.

That's not on the mind of Public Health, as Dr. Wang noted those shutdowns that we saw in the spring have some very negative side effects. Local Public Health officials also would run into some dicey legal issues with trying to go beyond Provincial restrictions, so they're going with a more targeted approach to problem areas and establishments.

Over the weekend, photos posted on Twitter by Regional Chair Karen Redman drew criticism of Public Health guidelines not being followed, as one of the photos showed individuals standing shoulder-to-shoulder partaking in a "shot-ski." Redman apologized for posting the photos, where she said it appeared those guidelines were not followed.

Dr. Wang clarified that Provincial regulations don't cover every specific activity that might happen, but in general, people are not to be standing and drinking, or standing and socializing. Those regulations require that standing is only allowed when exiting, entering or going to the washroom.

"It's something we're working on, for example through KW Oktoberfest, to help us reinforce with all participating venues," she said. "By and large, our hospitality sector is trying very very hard to adhere to the rules. From time to time, you know, there are some people who are not following the rules, and if not, we will follow up and take enforcement action if needed. The vast majority of the restaurants and the people in our hospitality sector are trying very hard, and they are following the rules. Sometimes they may misunderstand or may not be aware, and we just have to go in, educate, and make sure they understand, and get the message out."

Dr. Wang credited the organizers and venues of KW Oktoberfest with their efforts to comply, as well as the owners of St. Jacobs' Market, which has seen several instances of crowding during their weekend hours.

"Because of their size, as per the regulations, they're allowed a certain number of people, and they are keeping it to that number of people, and in fact they've also lowered it even more so because they want to try to reduce instances of potential crowding," she explained. "We continue to work with them. These are numbers that can look pretty big because they are a big space. They are putting in place the required precautions, but there are some areas where we've heard some concerns about where crowding is more likely, and we are currently working with them on those areas in particular."

With regard to enforcement of restrictions, Dr. Wang confirmed that bylaw and police officers have gotten more assertive in their enforcement as we enter the second wave.

She called it a "precarious time," as we've seen just how fast cases can escalate in the province.

"We are trying to maintain this delicate balance where a lot of what we've gained back in terms of reopenings -- not only reopenings of businesses, but reopenings of care facilities or the gradual lifting of restrictions in those care facilities, the restart of medical procedures in hospitals that were delayed or put off in wave one, the reopening of schools etc. -- we want to try as much as possible to keep those areas opened while not escalating the rate of COVID cases. That's the goal, and if we can keep the rate of infection in Waterloo Region at a manageable level, then we can maintain that balance, and that is the best-case scenario."

Seven new cases of COVID-19 in region
Sep 29, 2020 10:55 AM
Comments
We welcome your feedback and encourage you to share your thoughts. We ask that you be respectful of others and their points of view, refrain from personal attacks and stay on topic. To learn about our commenting policies and how we moderate, please read our Community Guidelines.