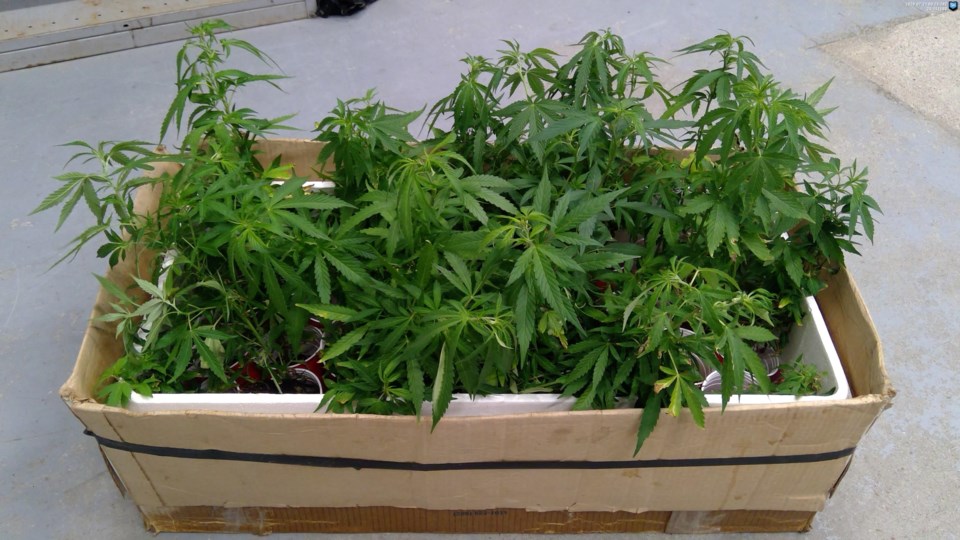 Regional police say they seized these 33 cannabis plants from a Cambridge man's car earlier in the week. Photo courtesy of WRPS.

Regional Police are reminding people not to drive with open cannabis in their car -- after a Cambridge man was pulled over with 33 pot plants in his car.

Police say the 65-year old Cambridge man was allegedly driving 92 km/h in a 50 km/h community safe zone on Tuesday when police pulled him over.

Acting Staff Sergeant Mark Hammer says that's when they saw an unusual amount of greenery in his car.

"When the traffic officer went up to speak to the driver, he noticed that there was a large amount of cannabis plants in the rear seat of the motor vehicle," he said, "And through subsequent investigation, he seized the plants, and charged the 65-year old Cambridge man."

"You would not expect to see drivers driving around with an open bottle of alcohol in readily-available reach of them when the driver," he said, "Yet readily, we see drivers having cannabis in open containers, cannabis readily available to them as they're operating a motor vehicle."

He says your pot should be in its original sealed container and out of reach.

"Current provisions allow for up to four plants to be possessed by one person, however there is no authority to carry those plants in a public place."

"And just as a reminder, a vehicle is a public place."

The man has been charged with possession of more than four cannabis plants in a public place, cannabis readily available to the driver, speeding in a community safety zone, and failing to surrender his insurance card.