It follows a report which pegged Homer Watson and Block Line as the region's worst intersection
0
Nov 9, 2019 6:30 AM By: Phi Doan 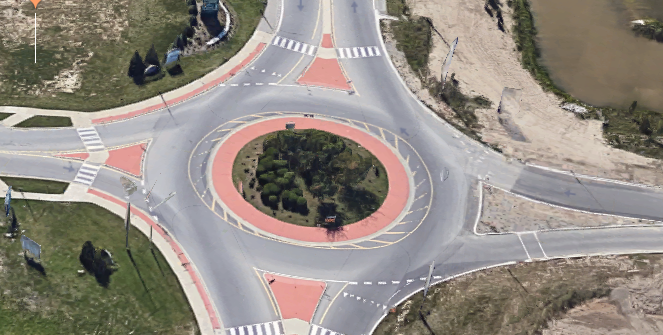 Following a report on the crash numbers in Waterloo Region's roundabouts, a Regional Councillor is calling for more caution when planning further roundabouts.

The Region of Waterloo report found the Homer Watson Boulevard and Block Line Road roundabout in Kitchener as the worst in the region, sitting at 490 crashes over the past five years. Cambridge came second with 250 crashes at Hespeler Road at Beaverdale Road and Queen Street.

The numbers are giving Regional Councillor Sean Strickland a pause for concern. He tells Kitchener Today with Brian Bourke on 570 NEWS, the Homer Watson and Blockline roundabout should be looked at as an example of how not to go about building a roundabout.

"I don't think it was a very well designed roundabout to begin with, and then you couple that with being in front of a high school, and you have the situation that we're dealing with today."

The roundabout is located by a plaza and nearby the St. Mary's High School, making it a particular busy intersection.

"Despite what people say about the safety, it's just not a very safe environment for pedestrian to use a roundabout. I agree a hundred per cent and that's one of the concerns I have around putting another one in front of another high school."

Strickland is referring possible roundabout in front of St. Benedict Catholic Secondary School in Cambridge. He sees the Kitchener roundabout crash numbers as "one of the reasons" he's not convinced it would benefit anyone. He says it would take some convincing to change his mind, but "evidence right now does not support one."

He says they need to continue to look for ways to improve the roundabouts, but says Homer Watson and Block Line remains problematic despite all the work that's been done. Over the years, Waterloo Region has spent additional resources cut down on crashes in the area, such as closing lanes, providing a crosswalk attendant for students, and additional road lighting. However, the roundabout continues to underperform.

He does want to recognize and "put into context how safe our roads are overall." According to Strickland, Waterloo Region's average annual injury collisions and fatalities per capita having been trending downwards along with cyclist collisions. The report also shows pedestrian collisions trend on the rise since 1996, but flattening out over the last ten years.

"Overall, the number of collisions we have in Waterloo Region on a per capita basis are less than what the average Ontario community has so, there's some good numbers there."

"Of course, we have some challenges in various intersections, Homer Watson and Blockline being one of them."