She says priority number one will be forming a working relationship with the new council
Oct 24, 2018 12:20 PM By: Blair Adams 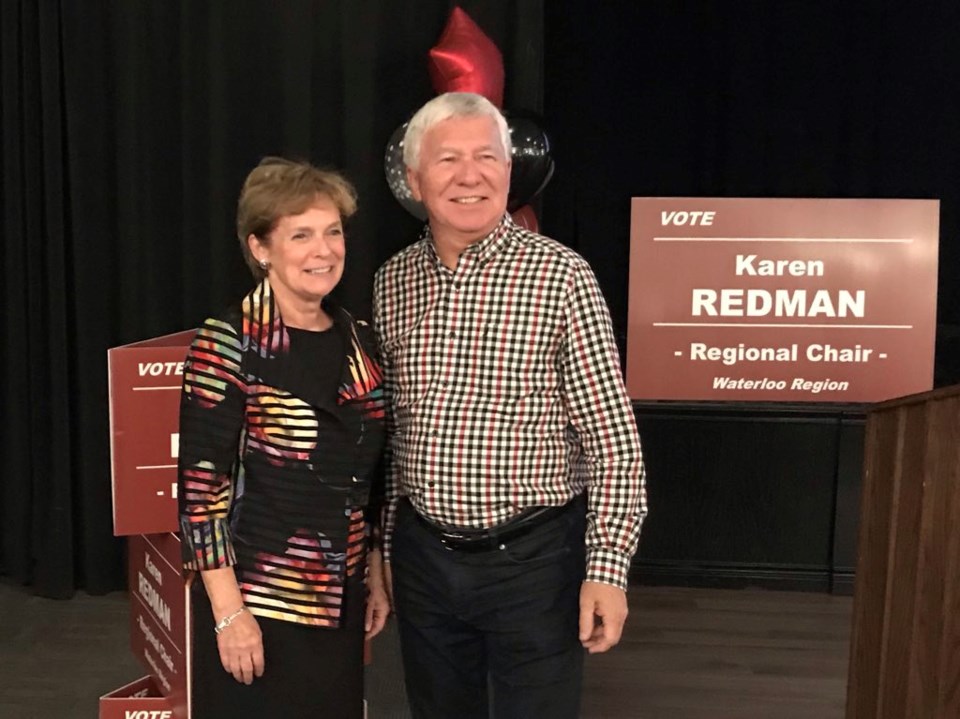 She will be the first woman to lead Waterloo Region.

And Regional Chair-elect Karen Redman is ready to get down to work.

She says priority number one will be forming a working relationship with the new council.

"I'm very excited, we've got a nice mix of experience and some new horses and I think that bodes well for the next four years," explained Redman.

In addition to building that relationship, she wants to find common ground with both the provincial and federal governments.

"Issues that were identified, like social housing, investment in infrastructure, finishing the second phase of the LRT, all way two-way GO (train). Those are things that people told me at the door that they wanted," Redman told The Mike Farwell Show on 570 NEWS.

She also feels the region will be successful in being able to lobby for funding to support Phase 2 of LRT.

"We were early adopters in Phase 1. There have been lessons learned, but there's also been much richer arrangements with other communities, so I'm confident we can move that." Redman explained.

Online voting issues in Woolwich and Wellesley held up results a full day, so the results for regional chair were only released on Tuesday night.

Redman, a four time Liberal MP, finished with over 62 per cent of the vote.

She will replace Ken Seiling, who's retiring after 33 years as regional chair.

Redman will lead her first official meeting as regional chair on Wednesday, December 5.