Region to replace diesel bus fleet with electric and hybrids 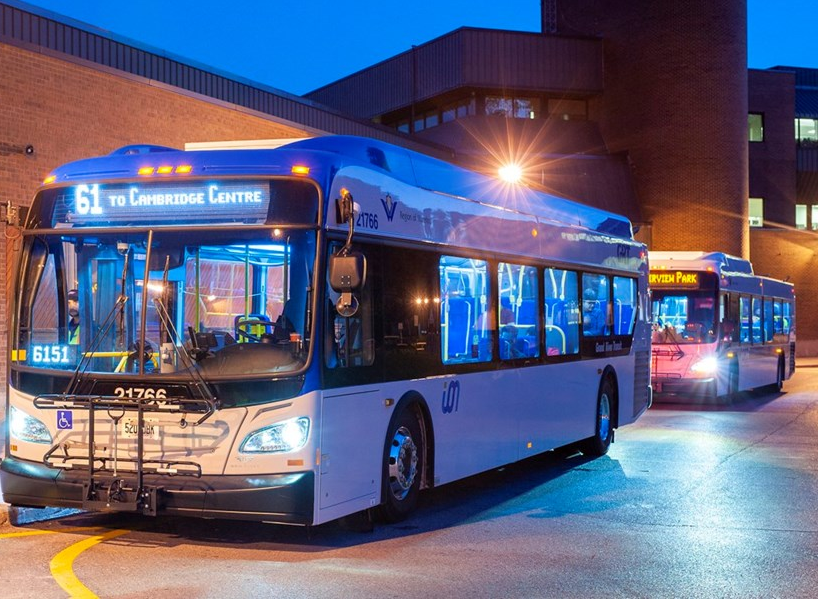 Diesel buses will soon be a piece of history for Waterloo Region.

The final four diesel buses will be shipped later this year, and the Region doesn't plan on buying any more fully-diesel models.

Instead, a shift to hybrid and electric will be the goal, starting with a pilot project of 11 electric buses hitting the local roads next year.

Offsetting the higher price tag is expected lower repair costs and fuel costs, though that will all be part of the pilot project.

The Region is expecting to see a $21,000 reduction in fuel cost per vehicle, per year, about 40 per cent in cost reduction. They're conservatively expecting repair costs to average the same.

According to the Region's Director of Transit Services Peter Zinck, they'll also be looking at how battery-powered transportation holds up to the Canadian winter.

"Under ideal conditions, some vehicles can go up to 400 kilometres in a day, 500 some," said Zinck. "However, in those less ideal conditions when we still rely on our vehicles to operate, the range tends to reduce. So, we need to be careful about what we're selecting for that reason."

Selection will also play a factor in the coming years, as no distinct manufacturer has taken the lead in the Region's mind as of yet. Right now there are four main players in the Canadian space according to Zinck.

If the pilot goes well, you can expect a lot more electric buses to show up over the next 15 years.

"Eventually, after 2025 if our pilot project goes very well, we'll have about 140 electric buses over the next 10 years, and about 50 hybrid buses purchased over that period."

There are several ways these buses can "fuel up," with the preferred approach being in-garage. Zinck said the Region is including charging stations in their new Northfield garage for the 11 pilot vehicles. That infrastructure will cost $1.8 million on its own.

The other option would be to provide street-charging, which would enable buses to stay out longer. It would be higher cost, however, since it would have to rapid-charge.