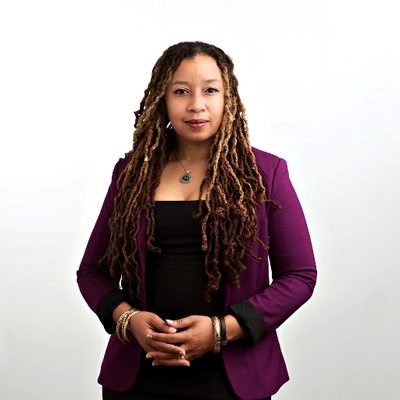 Less than 24 hours after being implemented, the Ford government has walked back the “enhanced authority” granted to police officers and provincial offence officers through the amended stay-at-home order. While those measures previously allowed authorities to stop individuals and vehicles for information on their place of residence and reasoning as to why they were not at home, widespread criticism and a refusal from several police forces pushed the province to ‘refocus’ those measures - now requiring police to have reason to believe an individual is participating in an organized public event or social gathering.

Laura Mae Lindo is the MPP for Kitchener Centre, and calls the measures “frustrating, infuriating and disappointing” all wrapped in one. Speaking to the announcement from the province on Saturday, Lindo said she felt as though the Ford government had “doubled down” on the idea that we could “police our way out of the pandemic”, choosing to give more power to police forces rather than heeding the advice of our province’s science table and health experts.

While those enhanced enforcement measures have already been refused by Waterloo Regional Police, Lindo said that, prior to being given these powers, racialized individuals were already targeted by the police – with Black people being carded four times more than their population. Lindo added that the public needs to understand the lived experiences of Black, Brown and Indigenous people in our community who were “rightfully concerned” about the government providing these extra powers to begin with.

“When the police came out and said ‘we’re not going to do this’... I want to believe they too understood how this was going to impact their ability to do their work, especially if their work is in racialized communities or in communities where there are a number of folks that are unsheltered.” said Lindo. “The reality is that a lot of this behaviour was already happening.”

Lindo also took issue with an inaction from Ontario’s Solicitor General, Sylvia Jones, who she said is still responsible for anti-racism initiatives in the province. In implementing these enhanced police powers without the requirement that race-based data be collected, Lindo said Jones sends the signal that experiences of Black, Brown and Indigenous individuals don’t matter to her.

Speaking to the perceived shortcomings of the pivoted measures for authorities, Lindo said the power is still left with police officials to make the same calls – allowing carding under a different name by the provincial government. While authorities still have the ability to stop individuals they suspect are participating in an organized public event or social gathering, Lindo said what’s heard most often “from the ground” is that it’s often people who are standing around, waiting to get to where they’re going that raise suspicion in police services.

“It’s not that you’re caught in a social gathering that causes this behaviour to happen – it's that there’s a pre-determined assumption that Black, Brown and racialized people are up to no good, or are up to something that is in violation of the law.” said Lindo. “They’re still allowed to ask you all the same questions, and they don’t have to write down anything about the presumed race or ethnicity of the person they’re speaking to. We end up in exactly the same boat.”

Lindo said when an officer is forced to consider the race or ethnicity of an individual prior to engaging in contact, and have completed unconscious bias training or racial equity training, there’s an emphasis on being careful in their interactions. Lindo added that sort of behaviour is needed, as Black, Brown and Indigenous people are disproportionately impacted by use of force in the region. Lindo also added that the pivoted enforcement measures still require that an individual being stopped “comply promptly”, as she said individuals no longer have the right to say “I don’t have to provide you with that information”.

“Racialized communities have actually been disempowered in this adjusted language as well,” said Lindo. “As soon as I don’t comply, the officer is able to point to a plethora of other reasons. My non-compliance has resulted in the over-representation of us at the hands of officers when it comes to use of force complaints and investigations. At the worst of times, it can be death, great severe harm – we know that this is the pattern of behaviour that has happened over time.”

When asked what the way forward is, and what measures the province should be taking to flatten the curve, Lindo said provincial officials need to “actually listen to the health experts” in ensuring everyone has access to paid sick days, in ensuring vaccines are available in hot spots and in ensuring that essential workers and those in the education system are vaccinated.

“There has to be clarity about what the focus is of these decisions – and it doesn’t seem like the government has that clarity. You don’t flatten the curve by empowering police. You flatten the curve by ensuring that these essential workers are vaccinated and safe, and by making sure that everybody has access to paid sick days – especially if essential workers still have to go to work.”

We can’t police our way out of a health crisis.

We can’t police our way out of a mental health crisis.