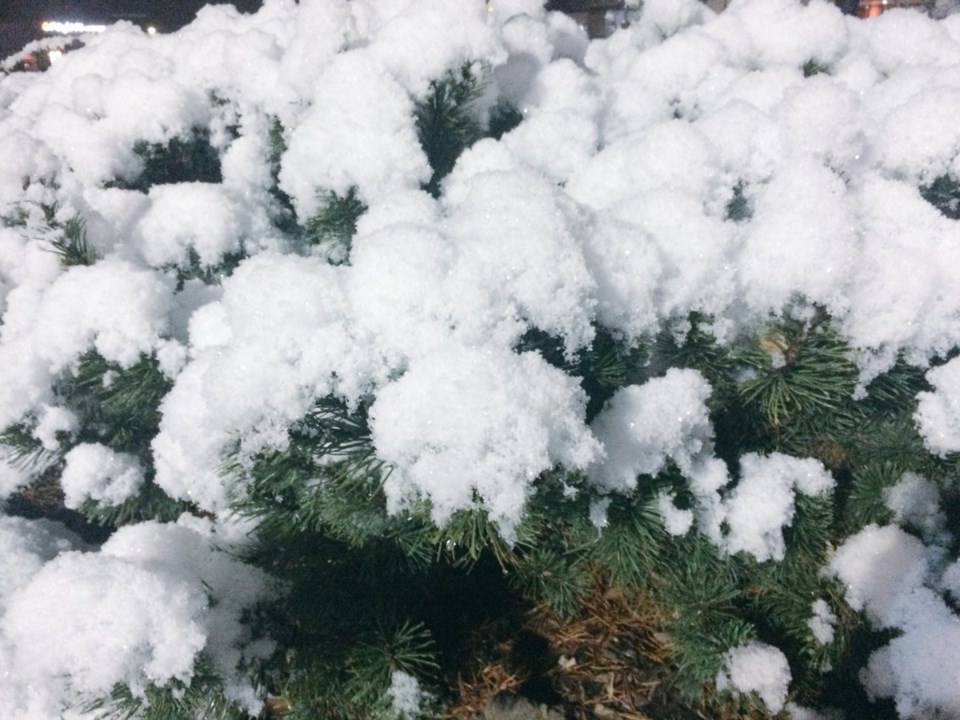 The cities of Cambridge, Kitchener, and Waterloo all declared a snow event to allow for proper road clearing and salting.

Kitchener has since cancelled its snow event, saying all priority streets are plowed, and the parking ban is lifted.

Cambridge announced its snow event will be declared over at 7 p.m. Monday.

The City of Waterloo said its event will be cancelled effective 6 Monday evening.

The snow event meant that the cities moved into action to clear all the roadways and sidewalks of any leftover ice and snow.

The restrictions are set to last a total of 24-hours but officials say that could be extended depending on the weather throughout the day.

Environment Canada's Rob Kuhn says Sunday night's snowfall smashed the previous record of snow for Nov. 22 that was set back in 1914.

Kuhn is looking ahead in the forecast and he says the snow should clear by the end of the week.

"We're going back above-average and the next system coming in could see a bit of snow tomorrow night and then showers will make it a bit murky, and then it's going to be mild and we are going to lose all the snow."

"There will be a warm-up on the way mid-week," says Chang, "we could be looking at temperatures that will be about five-to-seven degrees higher towards the end of the work week."

Environment Canada is reporting anywhere from 15-25 centimetres of snow fell across much of southern Ontario.