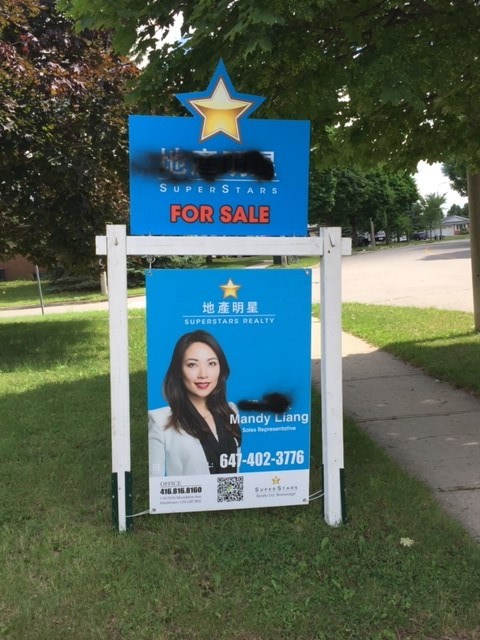 The incident happened earlier this week when vandals blacked-out Chinese characters on the realtor's sign.

Realtor Mandy Liang says she found out about the vandalism on July 20th, and immediately contacted police.

"I feel very upset about the defaced sign because I feel that racism is really happening and it's close to me. So that's why I chose to call the police and report the case because I want to voice out that I have zero tolerance for that."

Liang says the incident hurt her deeply. She says she has recieved a lot of community support since it happened.

"I emailed the Waterloo Mayor, Dave Jaworsky, and he got back to me and advised me to report it to the police station. This is very shaking by the racist attitudes of the despicable few. I am very upset about that."

She says she doesn't understand how someone could have racist sentiments in such a diverse community.

Since the incident, the sign has been taken down -- and the house has been sold.