Rangers take over first place in the Western Conference

Taking first place comes bittersweet after the Rangers blew a 4-1 lead in Mississauga against the Steelheads
Jan 27, 2020 7:25 AM By: KitchenerToday Staff 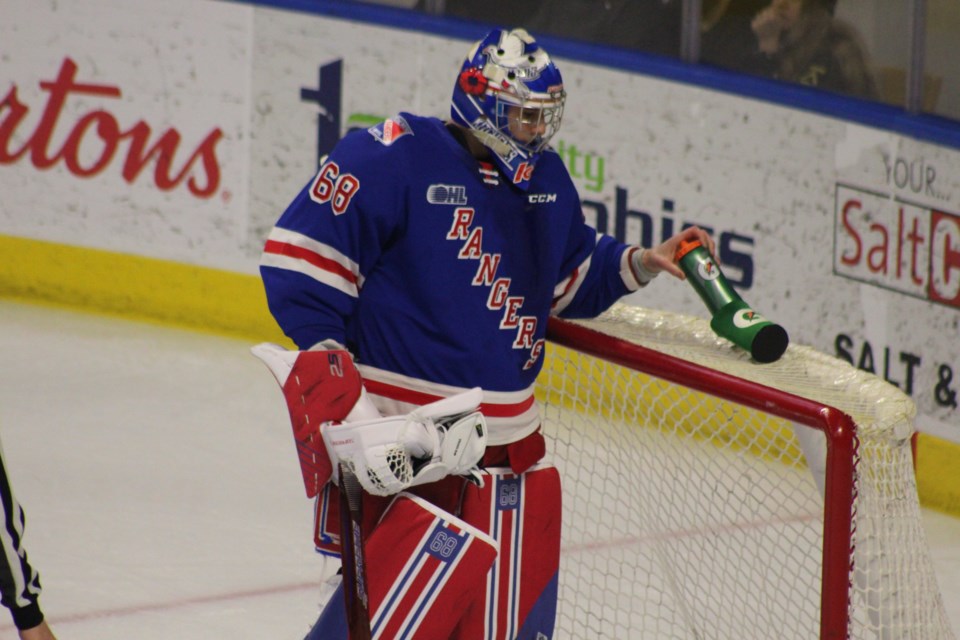 It was a blown opportunity for the Kitchener Rangers.

Against goaltender Jacob Ingham’s former team, the Rangers blew a 4-1 lead in the third period.

Kitchener native Cole Schwindt notched the natural hat-trick, including the game-winner and his Steelheads stopped the Blueshirts 5-4 in overtime.

“We didn’t really play that well today. The effort wasn’t really there. I thought they outworked us for the most part,” said interim head coach Mike McKenzie.

Kitchener jumped out to a 3-0 lead after the first, but laid back a bit, and it proved to cost them.

“[We had] too many passengers tonight,” said McKenzie. “When you have a lot of passengers, stuff like that happens and you get what you deserve.”

Liam Hawel picked up two assists in the loss and has seven straight multi-point games.

A bit of comedic relief happened in the second period, drawing some applause from the almost 4,000 fans.

After the Steelheads first goal, a fan threw a dead fish on the ice, much like the Detroit Red Wings fans do, but with an octopus.

While the players and referees awaited the arena staff to come on the ice and remove the fish, Rangers defenceman Axel Bergkvist wasn’t so patient.

He left the bench and picked it up barehanded before bringing it to the Rangers bench.

Someone threw a fish on the ice after a Steelheads goal.

Refs were waiting for an arena attendant to come get it, but Axel Bergkvist wasn't waiting. Picked it up barehanded.

“I was laughing, to be honest with you,” said McKenzie. “It was pretty funny. He’s a hunter, I’ve been told. He likes the outdoors, so he had no problem picking that thing up.”

The Rangers are home to the Owen Sound Attack Friday night.

Outbreak declared at KCI after second positive case this week
Sep 25, 2020 10:26 PM
Comments
We welcome your feedback and encourage you to share your thoughts. We ask that you be respectful of others and their points of view, refrain from personal attacks and stay on topic. To learn about our commenting policies and how we moderate, please read our Community Guidelines.