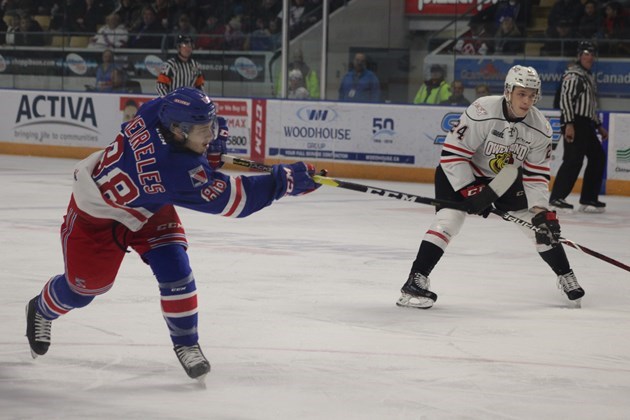 Nine points in three games has earned Greg Meireles OHL 'On the Run' Player of the Week honours.

Meireles led the league in scoring last week and extended his personal point-streak to 17 straight games. He has 33 points in that stretch.

The 20-year-old from Ottawa is playing in his fourth season with Kitchener.

Meireles was a first round pick in the 2015 OHL draft.