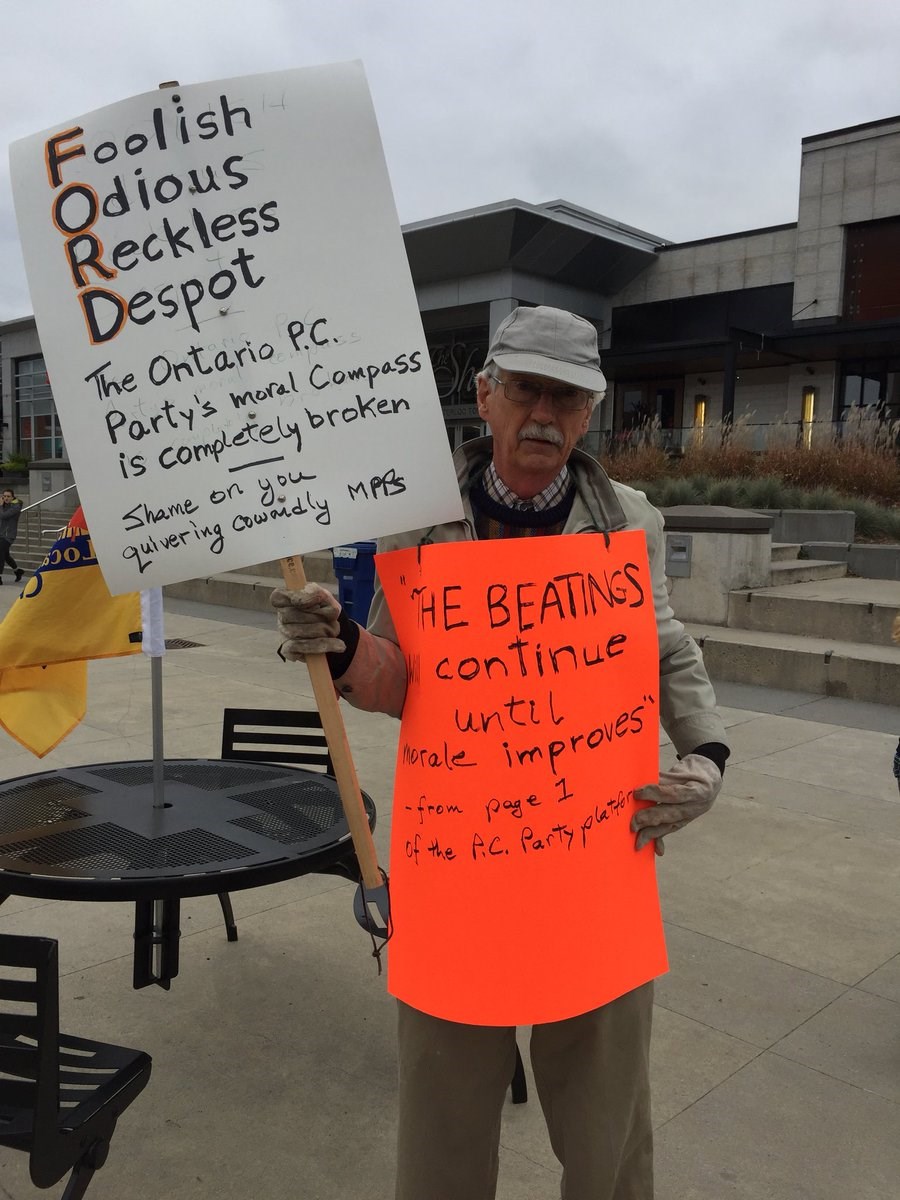 One of the protesters at Wednesday's rally. Ben Eppel/KitchenerToday

The Ford government is scrapping Bill 148, and a rally was held in Waterloo to voice opposition to the move.

Those who were in attendance on Wednesday afternoon say they aren't just worried about the province freezing the minimum wage.

One of those at the rally was Steve Dick, OPSEU Local 258 president, who says there are more reasons than the freeze to keep Bill 148.

"I think minimum wage is one of the smallest. I think the personal entitlement leave days is a huge thing for people ... people that need time off for family, for being sick, for childcare ... they now can't take it and if they do they are going to get penalized." Dick told 570 NEWS.

Jim Stewart with the Waterloo Region Health Coalition, who was also at the rally, says we can expect to see louder and more frequent rallies in the future.

KitchenerToday.com has also learned over 150 people from the area attended Wednesday's rally at Queen's Park in Toronto.

Ontario will cap the province's minimum wage at $14 an hour until 2020 as part of a rollback of labour reforms introduced by the previous Liberal government.

The Progressive Conservatives say businesses were hurt by the changes brought in by the previous regime.

with files from Ben Eppel and The Canadian Press