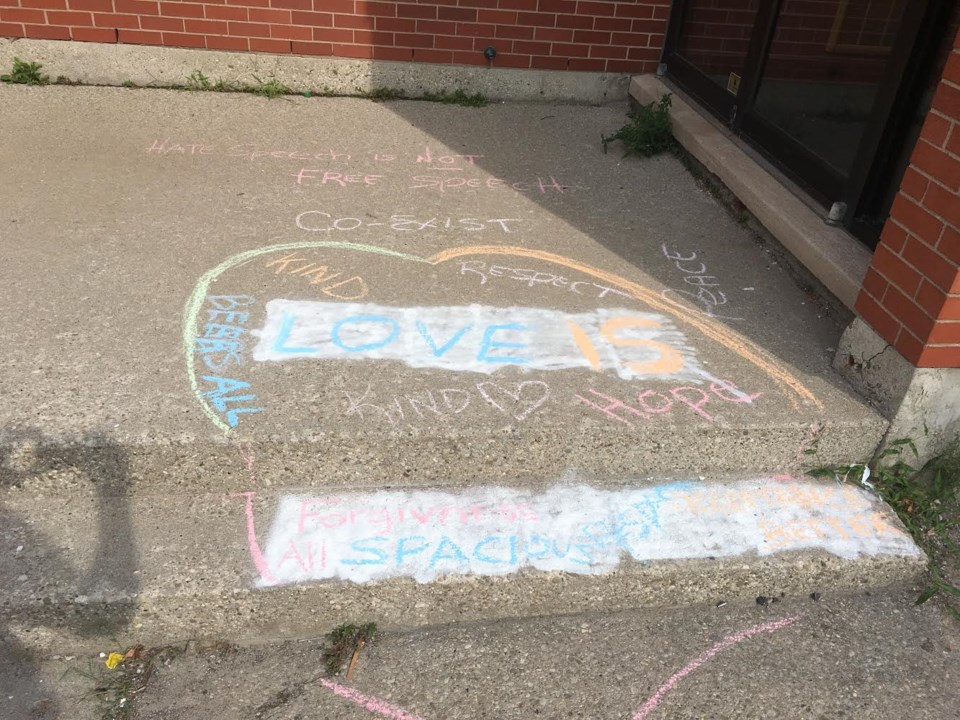 Someone has taken bright coloured chalk to a racial slur that was spray painted on the steps of a church in downtown Kitchener.

The slur, which was on the steps of the former Trinity United Church on Frederick Street near Weber Street, was initially painted over with white paint by a Good Samaritan.

It was reported to police on Monday afternoon.

Waterloo Regional Police say they are investigating it as a hate crime.

But they're also requesting the public to report suspected hate crimes to police immediately, before posting on social media.

with files from Jeff Pickel