The MPP for Cambridge made the announcement at Conestoga College on Friday
0
Nov 8, 2019 11:10 AM By: Blair Adams 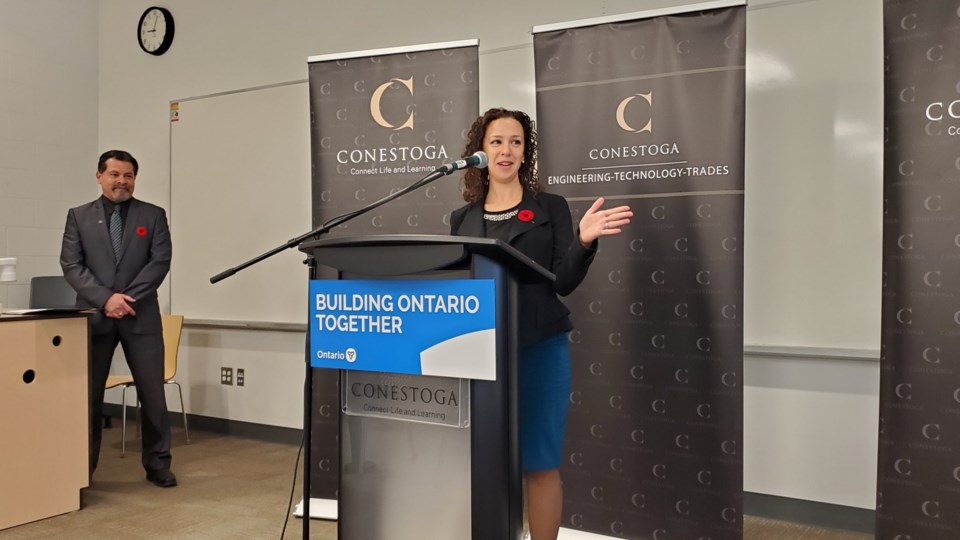 Pre-apprenticeship training programs at Conestoga College are getting a bit of a boost from the Ford government.

On Friday morning, Cambridge MPP Belinda Karahalios announced over $240,000 that will assist students learning a trade through the Industrial Mechanic Millwright program at the college's Cambridge campus.

"By helping people who are interested in apprenticeships bridge the gap between the skills they have and the skills employers' need, we're helping build the workforce that makes Ontario open for business and open for jobs," said Karahalios.

She says by 2021, one in five new jobs in the province will be in trades-related.

"Pre-apprenticeship training is an opportunity to help people interested in the trades, learn more and gain the skills training, job readiness to enter the apprenticeship system. It's also designed to help under represented groups such as women, at risk youth and Indigenous peoples with essential resources and support as they develop the trade specific knowledge, job skills and work experience they need to start a career in the skilled trades." Karahalios added.

The president of Conestoga College says the pre-apprenticeship programs are very helpful.

"We are known as delivering a wide arrange of programs. We have a lot of degree programs ... we do address the full range of programming, we're big in upgrading, but we're also very big in the trades ... I think we are now the largest trades college in Ontario and we're really proud of that because it's so important." explained John Tibbits.

Tibbits says he also appreciates the work the province is doing to "raise the profile," of the trades.

Across the province, the Ford government is investing $20.8 million in pre-apprenticeship training in 2019/2020 - an increase of $2.5 million from the previous year.