Producers could soon foot the bill for recycling costs in Ontario 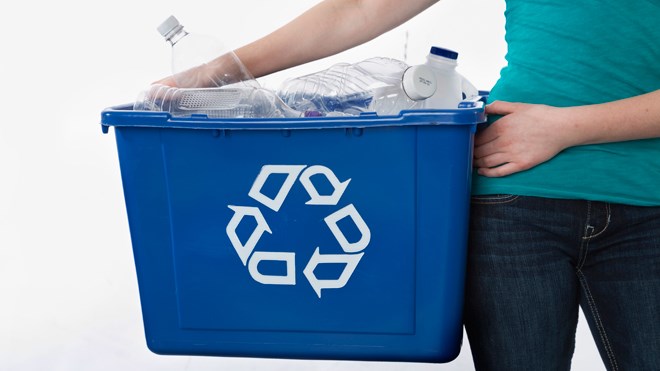 Recycling just doesn't pay like it used to, but there's a good reason for that.

Putting it in the blue box is just the beginning of a process that's getting more and more difficult.

The real problems started when China decided to stop being the world's recycling bin and ban the import of 24 types of recycling one year ago.

Because we relied on them for long, though, our recycling infrastructure hasn't been invested in the way it should have been.

That's according to Jo-Anne St. Godard, executive director of the Recycling Council of Ontario, who says the next step should be for those who produce recyclable materials to deal with them responsibly and foot the bill.

"They've had a partial producer responsibility program, sharing the cost with municipalities for some time now," explains Godard. "We're ready to move to full producer-responsibility in this province."

It's called "extended producer responsibility," or EPR, and it could soon be a reality here in Ontario, with Ontario Environment minister Rod Phillips telling the Globe and Mail it's "how, not if" that system will be implemented.

It's not clear how much of that cost would be passed on to consumers.

Waterloo Region's recycling industry isn't exactly thriving, but we've never had a problem finding someone to take our recycling.

That's according to Cari Rastas Howard,  Supervisor of Communications and Programs for Region of Waterloo waste management.

"We're okay compared to a lot of other municipalities, we've never been stuck with a truckload of material we can't find a home for," explains Howard. "Where we're really feeling the pinch is on the revenue that we get. Some of our items are revenue neutral: there are markets willing to take them, but we're not getting any funding for them. Some of them are actually revenue negative, where we actually have to pay to have the material taken away for recycling. Some of them we continue to get good revenue for, but that revenue has decreased since China stopped accepting materials."

Howard says all of the Region's exports are sold within North America.

She adds sorting and cleaning are the best ways to make sure we have a buyer for our recycling.

"That two-box sort - keeping the paper and plastic bags separate from all of your containers - is the key piece, because we're able to sell a bale that we know is 100 per cent pop cans, or 100 per cent water bottles. That's what the market is looking for."