One male suffered serious injuries, that are said to be non-life threatening
0
May 15, 2019 6:35 PM By: KitchenerToday Staff 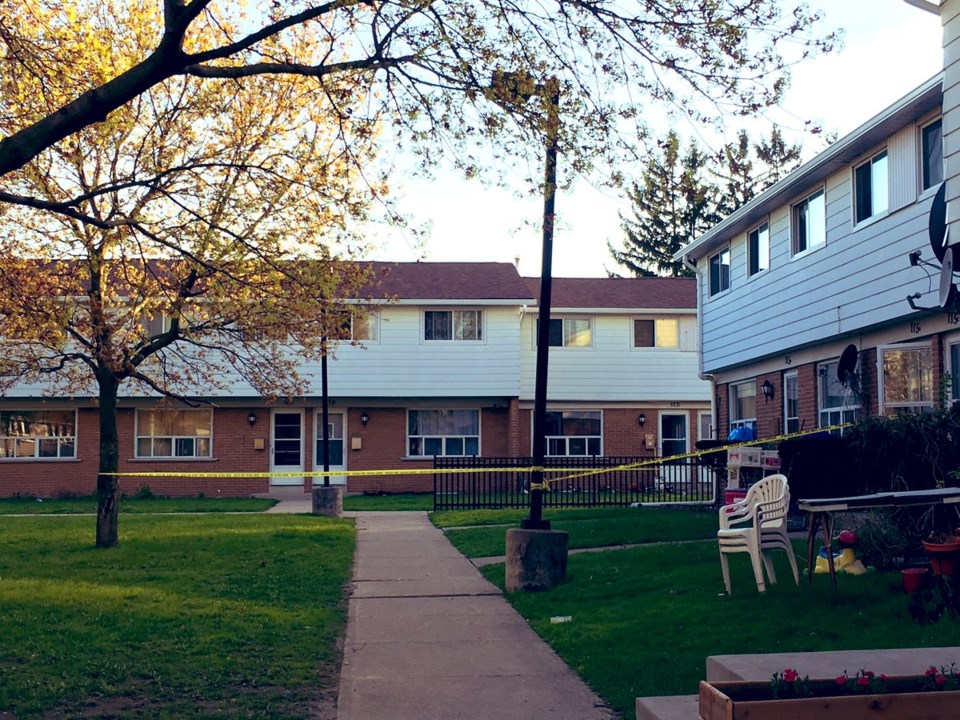 Police tape is up at the scene of a reported disturbance on Thaler Ave. in Kitchener (May 15, 2019). Erin Anderson/KitchenerToday

A 24-year old man has been arrested after a disturbance in Kitchener Wednesday afternoon.

Regional Police say they were called to the Thaler and Kinzie area around 3:30 p.m. for an altercation between two males and a female.

As a result of the altercation, one of the two males was transported to hospital with serious injuries.

The 24-year old was located, seen going into a house on Veronica Drive.  He was later arrested for assault with a weapon.

On scene in area of Thaler and Kinzie Avenue in Kitchener for investigation of disturbance. One male taken to hospital with serious injuries. Please avoid area as investigation continues. pic.twitter.com/dMVCHHjfwY

One @WRPSToday cruiser still on scene on Thaler Avenue near Kinzie in Kitchener after a reported disturbance that sent one male to hospital with serious injuries. @570NEWS pic.twitter.com/GkCBylfWtT

The incident from Thaler and Kinzie Avenue, Kitchener is resolved. Patrol, Detectives and the Emergency Response Team worked diligently to execute a warrant and arrest an individual for Assault with Weapon. The area is now clear. Thank you to the public for your patience. pic.twitter.com/aqvoCrDANs