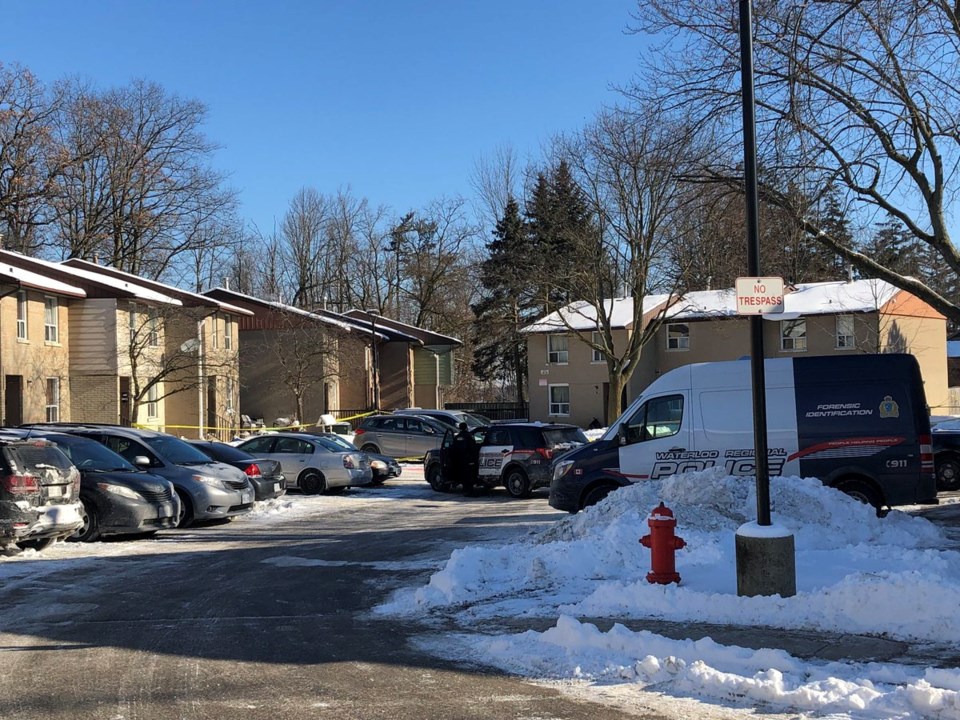 Police are investigating a murder on Southwood Drive in Cambridge. Phi Doan/KitchenerToday

Police also said on Monday afternoon that four people were seen leaving the scene on Southwood Drive in Cambridge the morning of January 31.

"Police believe the victim and the suspects are known to each other," said a release.

Kurt McKechnie, 56, of Cambridge was found injured in a residence just before 6:30 a.m.

He was later pronounced dead in hospital.

City of Kitchener offering new in-person and online summer programs for youth
Aug 15, 2020 11:30 AM
Comments
We welcome your feedback and encourage you to share your thoughts. We ask that you be respectful of others and their points of view, refrain from personal attacks and stay on topic. To learn about our commenting policies and how we moderate, please read our Community Guidelines.