Pilot program to test bike-sharing around the region

Drop Mobility is offering a new and affordable alternative mode of transportation in Waterloo Region
May 13, 2019 8:00 AM By: Phi Doan 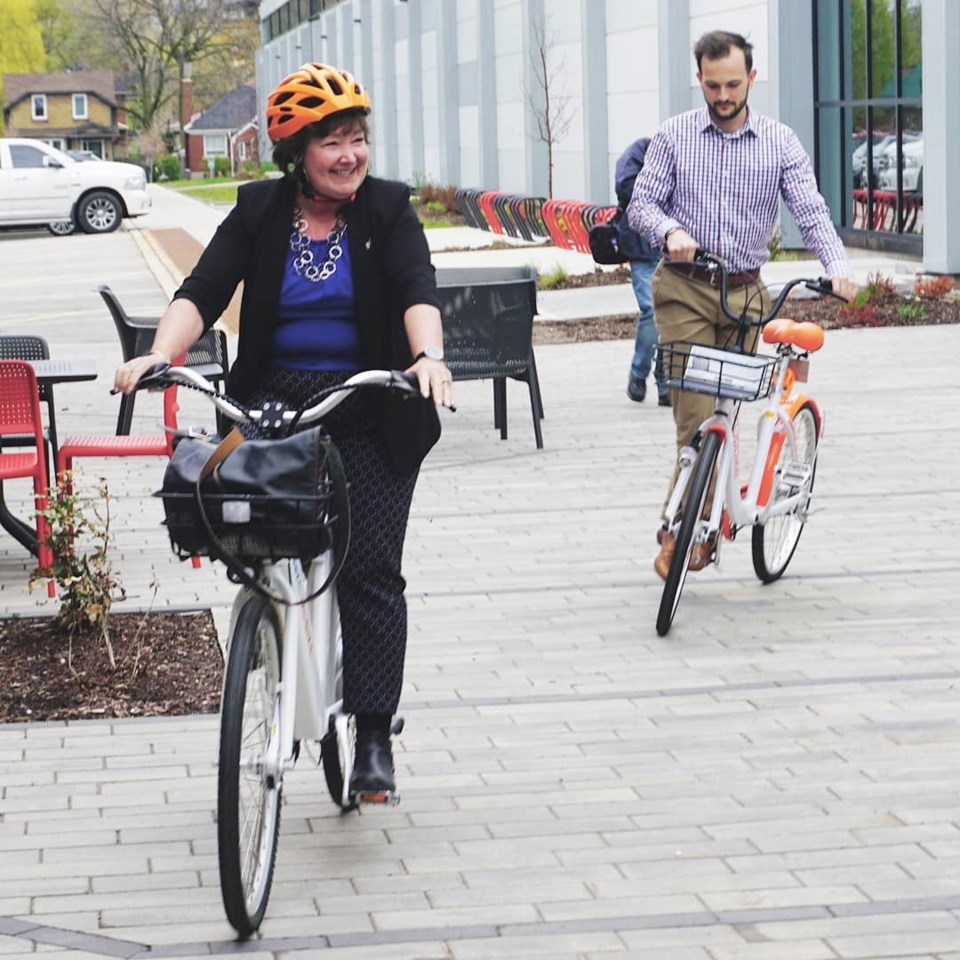 In partnership with Waterloo Region, a bike-share company will be dropping off orange-and-white bikes around Kitchener, Waterloo, and Cambridge.

Drop Mobility (previously known as Drop Bike) is a Toronto-based start-up that focuses on delivering micromobility services while working directly with municipalities.

Matthew Lumsden, Manager of Operation and Strategic Initiatives at Drop Mobility, says integrating with the community is what separates them from other micromobility companies.

"We work with communities. We work with the cities. We're not here to invade, we're here to partner," Lumsden says.

The bike sharing pilot begins on Monday, May 13, with Drop Mobility rolling out a portion of their fleet and marking off hub areas around the Tri-Cities.

Many of those hubs are located by other transit options to further integrate with Grand River Transit, and ION service coming in June.

There is no docking station, as the bike share technology is built right into the bicycle, allowing flexibility in parking, and no additional infrastructure required by the city.

Users can download the Drop Mobility App on their smartphone which will locate available bikes in the area, thanks to the GPS enabled locks.

You walk up to one of their bikes, you’ll be able to scan its QR code to unlock it, and off you go.

At the end of a ride, users are required to secure the bicycle with the "lock-to technology" equipped on the bike.

Users then have to take a picture with their phones to show they properly locked the bike to a bike rack or post.

Lumsden says they have a dedicated team that reviews end-trip photos and will penalize riders that park improperly.

"We make sure that we have organized reliable system and that people aren't parking bike on sidewalks or in front of accessibility ramps."

They will issue warning, fines, and even a permanent ban if the user doesn't comply, while rewarding those who park and secure properly.

The rides themselves are a $1/hour, and Lumsden says they have plans to roll out electric bikes if the pilot proves popular in the region.

"All the mayors are excited and we think that the system is going to be wonderful,” says Lumsden. “I think that we have found an awesome community that aligns exactly with our value system and what we want to do when we work with cities, and we can't wait to get going."

Meanwhile, the region is still asking for recommendations for more hub areas around the Tri-Cities.

The pilot program runs until the end of fall 2019.

Nine new COVID-19 cases in the region
Sep 30, 2020 11:02 AM
Comments
We welcome your feedback and encourage you to share your thoughts. We ask that you be respectful of others and their points of view, refrain from personal attacks and stay on topic. To learn about our commenting policies and how we moderate, please read our Community Guidelines.