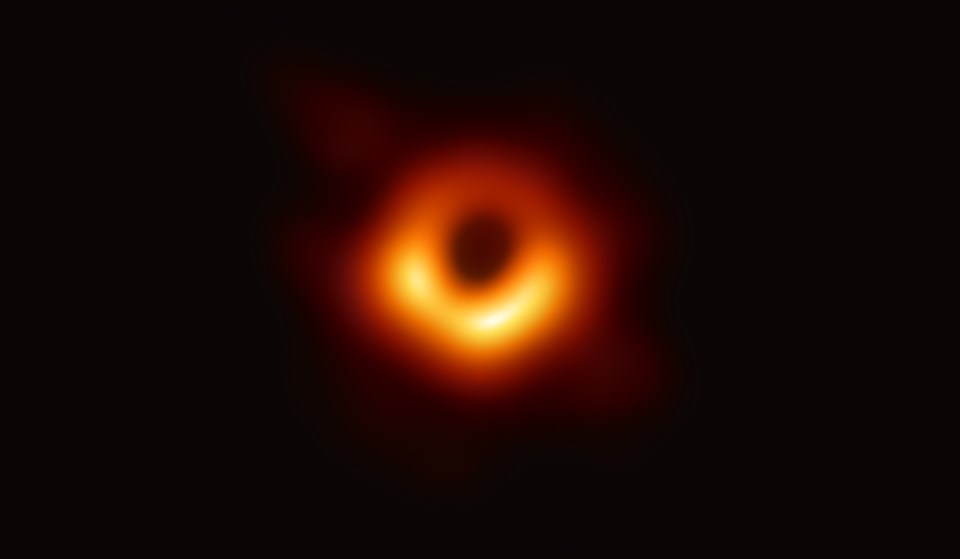 In 2019, one of the most beautiful, unique blurred photos spread across the internet like wildfire.

The first image of a black hole had been captured by a global group of observatories, with the project dubbed the Event Horizon Telescope (EHT).

Now that group is getting recognition from the Royal Astronomical Society in the United Kingdom. The Group Achievement Award recognizes outstanding achievement by a large consortium within astronomy.

“This image has already inspired millions and will continue to do so. It represents an important milestone in human ingenuity and scientific endeavour and is opening new doorways to study the physics of accretion around super-massive black holes in completely unprecedented ways,” the Royal Astronomical Society wrote in its prize citation.

The black hole is 55 million light years from Waterloo Region - at the centre of galaxy M87 - but the minds that helped capture the photo are right here at home, at the only Canadian organization on the list of those who contributed.

Avery Broderick is one of those recognized, also giving the University of Waterloo yet another feather in its highly intelligent cap.

Broderick is the Delaney Family John Archibald Wheeler Chair at Perimeter Institute and an Associate Professor in the Department of Physics and Astronomy at the University of Waterloo. In a release, Perimeter called Broderick "one of the driving minds behind the EHT for two decades," citing his team's crucial work in predictive models and simulations.

“It is a great honour to hear that the Royal Astronomical Society, home to Newton, Herschel, and Eddington, has decided to recognize our work,” Broderick said. “We continue to be awed by the impact our work has had, both popularly and professionally.”

The EHT will now set their sights on adding new instruments, trying to look behind the curtain of the universe and see the previously unseeable.

“The images and subsequent analysis of M87 published thus far is merely the beginning,” says Broderick. “We have now entered the era of horizon-imaging, with the transformative science that enables.”

The Group Award goes to the globe-spanning @ehtelescope team! The remarkable abilities of this instrument, coupled with the hard work of more than 340 researchers across the world, led to the first image of the black hole in Messier 87. #RASAwards pic.twitter.com/7V3Jd22mS7