Grade 9 standardized math tests set for earlier this year were postponed to June because of part of secondary teachers' work-to-rule campaigns included not preparing for or administering standardized tests
0
Feb 13, 2020 6:00 PM By: Canadian Press 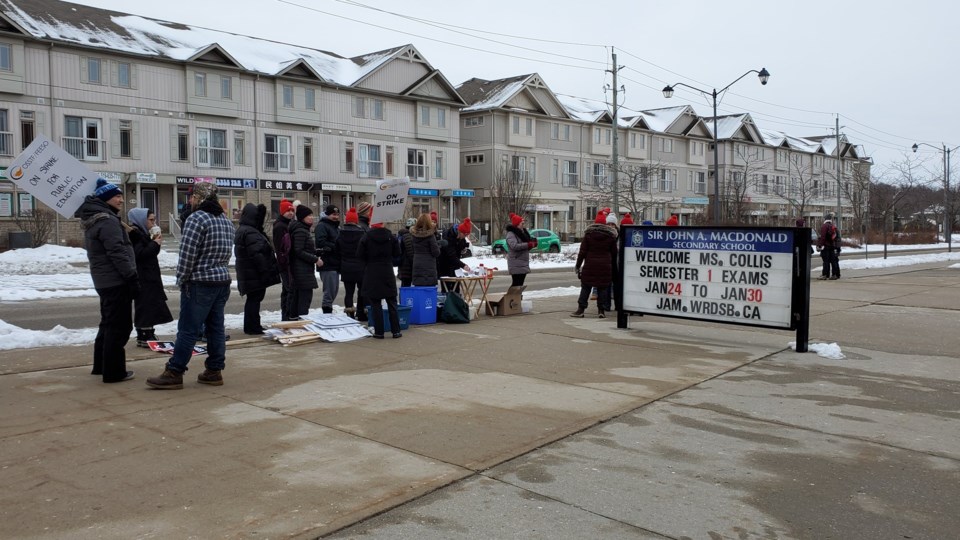 High school principals in Ontario have asked the education minister to cancel this year's Grade 10 standardized literacy test and delay it to next year in light of ongoing job action by teachers.

Grade 9 standardized math tests set for earlier this year were postponed to June because of part of secondary teachers' work-to-rule campaigns included not preparing for or administering standardized tests.

Now, the principals say the Education Quality and Accountability Office literacy test set for March 31 should also be delayed. They suggest postponing it until next year, and having a double cohort of students write it at that time.

"While contract negotiations continue, and withdrawals of service are ongoing, it is not business as usual in schools," writes the Ontario Principals' Council, along with their Catholic and French system counterparts.

They have also asked for Grade 9 students in semester systems to be exempted from the math test that has been delayed to June, as they will not have taken math in six months and have already received their credits for this year's course.

Education Minister Stephen Lecce has not yet responded to their letter, dated Monday, the Ontario Principals' Council said.

The minister provided a statement to The Canadian Press that did not directly address the principals' request, but lamented the teachers' job action in general.

"Further union-caused strike actions disrupt the daily lives of many — from report cards, to EQAO testing, to childcare arrangements for families," Lecce wrote. "This is an affront to students and families across the province, and we stand resolved to get deals that keep our students in class, where they belong. Enough is enough."

All four major teachers' unions are engaging in work-to-rule job actions as well as strikes — including a provincewide strike Thursday by teachers in the French system and rotating strikes by some elementary and high school teachers.

One of principals' concerns about the literacy test for this year is that accommodation requests for students with special education or English-as-a-second-language needs have to be submitted soon to be considered.

But that task falls under the teachers' work-to-rule, and if those accommodations are not in place, it creates inequity for students who need those considerations, the principals said.

Students may also not be sufficiently prepared for the test due to the teacher job action, and running the test on the day itself may not be possible, they said.